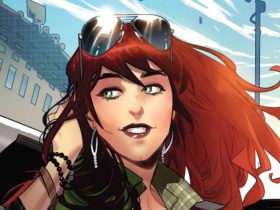 The classic is finally back. It was announced this Friday (27) the release of GoldenEye 007 on Switch, Xbox One and Xbox Series X|S, bringing back one of the main Nintendo 64 games in new form, with remastered graphics and control improvements to kill the longing for the older ones and introducing a great name from the past to the younger ones.

On Xbox, the promise is of an improved game, with alternative control options, achievements and revamped graphics, which run at 4K resolution and with a 16:9 aspect ratio. The game will be released to Xbox Game Pass subscribers, while on the Nintendo console, there is exclusivity on the online mode, part of the Nintendo Switch Online package, which brings classic titles to the platform.

Based on the film of the same name, starring Pierce Brosnan (Black Adam), GoldenEye 007 is considered one of the pioneers of FPS on consoles, doing on the Nintendo platform much of what, until then, was exclusive to PCs. Developed by Rare, the title also celebrates the 30th anniversary of the studio, now part of the network of exclusive developers for Microsoft platforms.

At the time, the title also drew attention for faithfully representing, as far as possible, all the scenarios and events in the film. Meanwhile, in multiplayer mode, characters from all eras of James Bond movies appeared alongside special modes, such as the classic “Golden Gun”, in which one shot kills the opponent, or combats using only the knife or melee strikes. body.