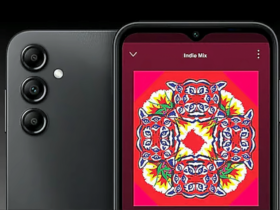 The film Babilônia, starring Margot Robbie and Brad Pitt, has already arrived in Brazilian theaters. The film takes place in the 1920s, during the transition from silent to talkies, showing what the Hollywood industry was like through chaotic events.

Because it is a film based on a moment in history that really happened, impacting the cinema we have today, some characters are also inspired by people who existed. Among them are actors, filmmakers, writers, producers and activists.

With that in mind, FreeGameGuide listed 7 Babylonian characters inspired by real people.

The character Irving Thalberg, played by Max Minghella, is a real character. Thalberg was an American film producer, one of the first, and also one of the founders of the MGM studio, when he was only 26 years old.

Irving Thalberg was one of the most renowned filmmakers of the early days of cinema, leaving a great legacy for the future to come. The producer died in 1936, aged 37.

Glyn was also responsible for establishing the term “it girl”, given to women who create trends and are considered inspirations for others. The writer was part of an important part of pop culture in the early 20th century.

Lady Fay Zhu, played by Li Jun Li, is a character inspired by Anna May Wong, the first Chinese-American to star in a Hollywood film. The actress faced the racism of the time and became one of the biggest activists of the cause, supporting representation in cinema.

Actress Anna May Wong made her debut in silent films, then migrated to talkies and color, also having worked in theater and radio. She died in 1961, aged 56.

Played by Jovan Adepo, the character Sidney Palmer, a jazz musician we see growing up in Babilônia, is also inspired by a real person: Curtis Mosby.

In the 1920s, Mosby founded the band the Blue Blowers, which became so popular that they were featured on the soundtracks of important films. In addition to founding the band, the musician was a businessman and opened several nightclubs across California in the 1930s.

The character Manny Torres, by Diego Calva, represents the presence of Latinos in cinema at the time. Torres was created inspired by filmmakers such as Enrique Juan Vallejo and René Cardona, who achieved notoriety in the 1910s and 1920s, becoming pioneers in their work.

Brad Pitt’s character in Babylon, Jack Conrad, is inspired by more than one person, including John Gilbert, Douglas Fairbanks and Clark Gable. The actors were quite renowned in the 1920s, being known for their incredible and expressive performances, as well as the character in the film.

John Gilbert, the biggest inspiration for Babilônia, was successful in silent cinema for 20 years and has several productions under his belt. He died at just 39 years old, in 1936, victim of a heart attack, being a very different ending than the character of Brad Pitt.

Margot Robbie, who plays Nellie LaRoy, is modeled after some Hollywood stars, most notably Clara Bow. The actress was one of the first “sex symbols” in history and appeared in 46 silent films.

Bow was so successful in her time that she was nominated for an Oscar for her performance in the film The Letter in 1929. She began her career in 1915, when she was just 10 years old. Unfortunately, the actress faced problems with drugs and alcohol and died at the age of 60. Nellie’s end in Babylon was just as tragic.

You can watch the movie Babilônia in theaters all over Brazil.