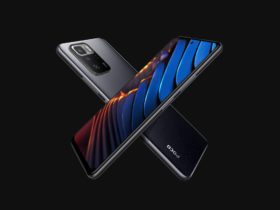 TikTok has partnered with the Rockgol program to celebrate 25 years of MTV’s football attraction. Rockgol on TikTok will be a program designed for the social network of short videos, built in the live format, which will bring back the disputes in five consecutive matches.

The attraction will be presented by comedians Paulo Bonfá and Marco Bianchi, the same ones who were in charge of the program between 1997 and 2020. of content.

Rockgol on TikTok will air on February 4th at 4pm (Brasília time) on the @rockgol25 TikTok profile. In addition to the program, the celebration also takes place at the Football Museum, in São Paulo (SP), bringing memorable photos and videos of the attraction until February 28th.

The event should also feature a charity auction of autographed shirts and other items from participants in the dispute. The amount collected will be donated to the Instituto Gerando Falcões, which trains community leaders in favelas in Brazil.

Return of Rockgol on TikTok

According to TikTok, the meeting will be a “unique event filled with nostalgia, great encounters and a lot of fun”:

“We will bring together different generations of musicians, artists, celebrities and influencers who have participated or watched the program over the years; for some it will be a reunion, for others a discovery. The important thing is that we will have football, music and fun”, says Paulo Bonfá.

For TikTok Brasil content partnership leader Ronaldo Marques, this is the perfect fusion between entertainment and sport, two brands of the short video social network:

“It is a great joy to be able to celebrate 25 years of Rockgol on TikTok, a program that has marked the imagination of many people, now also with guests who celebrate the diversity of talents and represent many communities within the application. Being part of this historic moment represents the What’s best about TikTok, which is authenticity and creativity. We have a very active community of sports content creators within the app. Rockgol, in addition to embracing this community, expands interest in sports to other groups by combining music content, entertainment and the engagement power of the platform”, he comments.

Rockgol was a football championship played by musicians and artists, broadcast on closed television by MTV Brasil. The first edition, which took place in 1995, was held at a private venue in Morumbi, where there was a women’s soccer game between models from the Ford Models Brasil agency and the covers of Playboy magazine.

It was known for its great structure, organization of matches and the low technical level of the players. The latter was the perfect hook for Paulo Bonfá’s humorous narration and Marco Bianchi’s commentary.

Over the years, new comedians were invited to do the narrations and commentary, such as Marcelo Adnet, Tatá Werneck, Paulinho Serra and Daniel Furlan. The program was extinguished in 2013, but people still remember with nostalgia the lack of skill of the footballers.