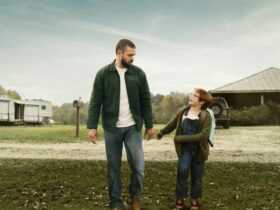 ARC Aero Systems wants to enter the urban air mobility market once and for all, but it is not going to bet only on aircraft and electric flying cars. The British company also understands that helicopters can be a viable solution, as long as they have low operating costs, such as the Linx P9, its recently launched project.

According to the British startup, the Linx P9 is a helicopter with rotary wings and two turboprop engines, but which operate in a simpler way than a conventional helicopter. They can be fueled with sustainable aviation fuel (SAF) and may be hydrogen compatible in the future.

A comparison revealed by the company ARC shows that the Linx P9 is 40% more energy efficient when placed side by side with a model of equivalent size, in addition to being more practical on air bridges, even eliminating flights on regional planes.

Technical skills are an asset

The asset for the Linx P9 is its technical sheet. It has capacity for up to six passengers and can fly at a speed of 300km/h, with a maximum range of 860km in operating mode with the maximum number of people on board. The operational ceiling, that is, the maximum flight altitude, is 3,962m.

In addition, it can operate from any heliport or vertiport, as it does not need a lot of space for takeoff. This, of course, will mean that companies that will use eVTOLs or flying cars for services such as urban air taxi may lose customers to the Linx P9, not to mention airlines.

At this speed, a trip between São Paulo and Rio de Janeiro becomes much more viable and can be done in approximately 1 hour, not counting the trip to the heliport.

ARC did not reveal the price of the product, as it is still in development, but promises that its commercial launch should be done in 2028.