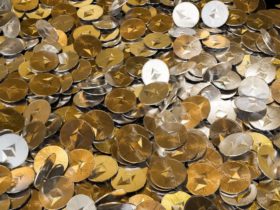 3 hours CryptocurrenciesEther exceeds US$ 4,000 and may surpass historic mark

With the accelerated digital transformation, the job market is constantly renewing itself in search of professionals adapted to innovations. In addition to valuing specific careers in the industry, new professions are emerging to meet the demands. According to the study Designing 2030, commissioned by Dell, about 85% of the careers that will exist in 7 years, do not yet exist.

In this way, it is up to professionals to keep up to date on the new needs that arise in the market. For Larissa DeLucca, CEO of Negócios Acelerados and President of Fundação Mulheres Aceleradas, the key is to remain present and keep up with the movements of the business world and its trends. “Taking courses, reading about them and looking for groups are some of the main ways to keep up with the constant changes”, she advises.

To help people who want to start a career or migrate to an area, the executive listed the main professions sought after by the market in the coming years. Check out:

“Always renewing and updating itself, engineering has followed the evolution of society for millennia, being responsible for several innovations in modern society”, points out DeLucca.

Currently, the most sought-after professions in engineering are those associated with the digital world, such as data engineering, which has grown meteorically and is already consolidated as an efficient way to analyze a company’s data.

“The ESG Engineer – an acronym that establishes guidelines of social objectives for companies – is a promise of even greater demand in the coming years”, he reveals.

According to the executive, Brazil is constantly opening new companies — demanding professionals in the finance and accounting sectors who know how to deal with new developments and understand that, in the future, success will not necessarily be linked to profits.

“In addition, the future consumer will demand other practices from companies, such as sustainability and social responsibility”, he explains.

A survey carried out by Robert Half, a company specializing in recruitment, showed that the sectors that most employ lawyers at the moment are: technology, retail and e-commerce, services, consumer goods and agribusiness. As DeLucca explains, this demand should grow even more with the arrival of new technological advances, such as the metaverse.

“The difficulties of the internet encourage the presence of legal bodies also in this area, which should continue its growth”, points out the executive.

Due to the increase in awareness and perception on issues related to mental health, the demand for qualified professionals in the area has grown exponentially. “In similar lines, employees specialized in onboarding and internal communication are being more requested, showing the clear demand for those who know how to communicate with employees”, explains DeLucca.

The technology market has established itself as the most lucrative since the beginning of the century and has not left the top. Technology companies are currently the most valuable in modernity, with Apple being valued at US$ 1 trillion – around R$ 5.14 trillion in the current exchange rate.

In addition, several sectors are digitizing, so developers, programmers and IT technicians must gain more and more space in the market.

According to the executive, entrepreneurship has become an alternative for millions of Brazilians “to make their lives”. The sector, which is constantly growing in the country, only requires “a good idea, dedication and willpower to start your own business”.