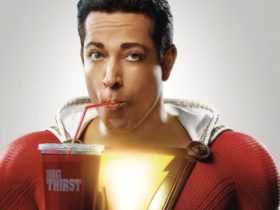 Sony presented this Wednesday (25) the new Float Run headphones, an accessory developed especially for athletes in an unprecedented format. Despite promising good sound quality, with large drivers, the focus of the device is to guarantee a good fixation even during the practice of intense sports, while providing comfort and ensuring that the user pays attention to the surroundings by not blocking the ears.

Answering the model WI-OE610, according to the controversial naming convention of the Japanese giant, the Sony Float Run inaugurates a category that the company calls “off-ear”. In the headphone market, we have three main formats: over-ear, for headphones, with large shells that cover the ears; the on-ear, also for headphones, featuring smaller shells that are positioned exactly over the ears, pressing them; and the in-ear, TWS headphones, which fit inside the ear canal.

The off-ear proposed by Sony combines the design of Bluetooth neckband headphones — positioned around the neck — with huge rods attached around the ears and capsules similar to small sound boxes, which, instead of being inserted into the ear, “float” just in front of the ear canal, hence the name “Float Run”. The novelty had been placed in crowdfunding by the company to test demand and had great success, now arriving in stores.

The giant promises that, weighing only 33 grams, the WI-OE610 does not generate pressure on the ears and head, being quite comfortable to use for long periods, at the same time that it should remain well fixed even in the most intense activities, such as running, apparently the biggest focus of the accessory. The quirky design was also reportedly tested “on a wide variety of hair types and head sizes and shapes” so that it was tweaked to suit as many people as possible.

Faced with the use of an open design, there is no active noise cancellation (ANC), but like Sony’s other peculiar headphones, the LinkBuds, the ambient sounds would reach the user more clearly, since there are no barriers in the ears, keeping them the most attentive to the surroundings — priority when exercises are practiced in the street, for example. Another benefit would be a “more natural and wider sound”, a characteristic in fact associated with open-back headphones, more common in over-ear enthusiast models.

In terms of specifications and connectivity, the Sony Float Run comes with 16 mm dynamic drivers, wide dimensions for the category that promise high quality audio, and connects to cell phones and other devices via Bluetooth 5.0. AAC and SBC codecs are supported, the most basic available, and there is IPX4 certification for resistance to water and sweat, in addition to a small carrying bag. 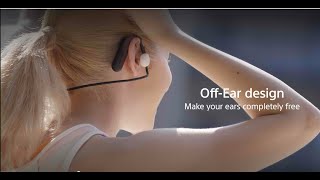 By prioritizing lightness, the launch promises to deliver up to 10 hours of autonomy, being recharged through a USB-C port. According to the company, there is support for fast charging, which would provide an additional 1 hour of use after 10 minutes of charging.

The Sony Float Run WI-OE610 is expected to hit stores in February, with a suggested retail price of US$129.99 (~R$670). Sony’s headphones division is no longer officially in Brazil, but it has established a partnership with Multilaser to bring some of its accessories to the country and, although there is no confirmation, it is possible that the Float Run will be brought here in the future.