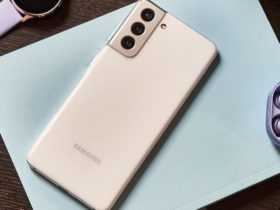 Sonic is one of the most famous characters in the world of entertainment, having crossed the barrier of games for many years now. It has already become a movie, a cartoon and has been printed on products for more than three decades. But believe me: the hedgehog could not even exist in this format and actually be a boy with spiky hair.

The original designer of Sonic, Naoto Ohshima, published on his Twitter some images of concept art of the character in the version as we know it and another with this boy with spiky hair, who was actually part of a duo with a twin brother, only this one with Red hair.

As the game Sonic the Hedgehog was released later with the features we are used to, it is understood that if Sonic were a game with two main characters, perhaps the plot and gameplay would be different. In the publication, Oshima says that “an action game about twin brothers who protect the dream world from the boss of the Nightmare World”.

In the drawing, the boy with blue hair has touches and traits that gave rise to the original Sonic, especially the spiky locks, so characteristic of the hedgehog and which have been his trademark for 30 years. It is possible to see that, in this art, there are also elements of what would be the stages of the game, such as the historic Green Hill Zone.

Currently, Sonic’s design follows a trend already seen a few years ago, as the design has undergone important transformations in some products, such as Sonic Adventure (1998), on the Dreamcast, and in the 2020 live action film.