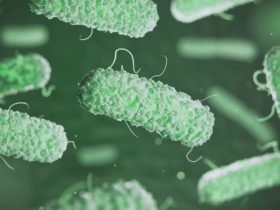 A study by researchers from the Federal University of Paraná (UFPR) found a new consequence of the pollution of coastal and marine environments, rocks with plastic in their formation. The discovery — made on Trindade Island, in Espírito Santo — shows that the scale of human impacts on Earth is extending to its geological cycles.

According to the article published by the scientists in the specialized journal Marine Pollution Bulletin, rocks identical to natural ones, but with plastic in their composition, were found in the Parcel das Tartarugas region. As the name suggests, this area, located on the island 1,140 meters from Vitória, is home to numerous nests of green turtles.

Fernanda Avelar Santos, a doctoral student in Geology at UFPR, says that the team found different types of plastic debris, analogous to conventional rocks. Among them are the plastiglomerates — like sedimentary rocks, they are formed by the gradual deposition of minerals and plastics — discovered in Hawaii in 2014. Another formation is that of plastitons, igneous rocks — formed by the cooling of volcanic lava — with plastic encrustations .

“In addition, we observed pyroplastics, described for the first time on the coast of England”, reports the researcher. These objects are not actually rocks, but melted and re-solidified plastic that has taken on a stone-like appearance. Laboratory analyzes revealed that the materials are at most two decades old.

Trindade Island is a fragile ecosystem that shelters, in addition to turtles, seabirds, fish and coral reefs. For specialists, the discovery of plastic in the minerals of this environment is characteristic of the geological period called Anthropocene, a new geological time in which humanity is an active factor in the transformation of natural systems.