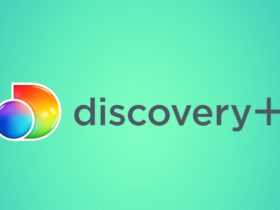 Researchers at the University of Cambridge, in England, have developed a sustainable reactor powered by solar energy capable of generating fuel from carbon dioxide (CO2) — one of the main gases responsible for the greenhouse effect — and plastic waste.

According to the scientists, this new reactor manages to convert CO2 and plastic polymers into different products currently used by industry, with just a few small adjustments and minimal changes to the type of catalyst used inside it.

“In laboratory tests, CO2 was converted into syngas, an essential building block for sustainable liquid fuels, and plastic bottles were transformed into glycolic acid, which is widely used in the cosmetics industry,” explains chemical engineer Subhajit Bhattacharjee , co-author of the study.

The reactor developed by the team of scientists has two separate compartments: one for plastic waste and another for greenhouse gases. Energy to power the entire system is provided by perovskite cells that absorb sunlight.

These elements are mixed with the use of a chemical catalyst, causing their decomposition to transform into more sustainable compounds and with a significant reduction in carbon dioxide emissions in the planet’s atmosphere.

“What’s so special about this system is its versatility and tweakability — we’re making fairly simple carbon-based molecules at the moment — but in the future, we might be able to tweak the system to produce much more complex elements just by changing the catalyst. ,” adds Bhattacharjee.

Usually, the conversion of CO2 requires a lot of energy, but the technology developed by the scientists proved to be much more efficient. In a simple analogy, Motiar Rahaman, also co-author of the project, said that the new technique is like turning on a light and starting to convert harmful products into something useful and sustainable in a selective way.

According to the scientists, over the next five years, they hope to further develop the reactor to produce more complex molecules that, in the future, could be used in carbon dioxide-free and fully solar-powered recycling plants.

“A technology like the one we developed, powered exclusively by solar energy and which is capable of helping to deal with plastic pollution and greenhouse gases simultaneously, can be a game changer in the development of a circular economy”, concludes Bhattacharjee.