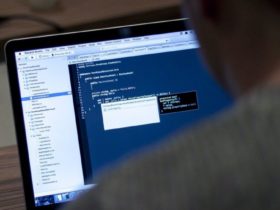 The James Webb Telescope has a new flaw in one of its instruments. According to a NASA statement published on Tuesday (24), the Near Infrared Imager and Slitless Spectrograph (NIRISS) instrument suffered a communication delay on January 15 and, for now, cannot be used for scientific purposes.

According to the statement, the communication problem caused an error in the flight software. “There is no indication of hazards to the hardware, and the observatory and its other instruments are in good condition,” NASA officials wrote.

Under normal conditions, NIRISS has four modes of operation. It can act as a camera when other instruments are busy, or it can analyze light signatures to study the atmosphere of exoplanets.

In addition, NIRISS can also capture high-contrast images and even search for distant galaxies in a specially designed mode. However, as a result, scientific observations with the instrument were suspended.

Because it was developed through a partnership between NASA and CSA, Canada’s space agency, members of both agencies are collaborating to identify the cause of the problem and fix it.

The James Webb Telescope was launched in December 2021, and this is not the first time that any of its instruments have failed. In August, a component of the Mid-Infrared Instrument (MIRI) showed signs of friction, which ended up temporarily suspending observations. The issue was resolved in November.