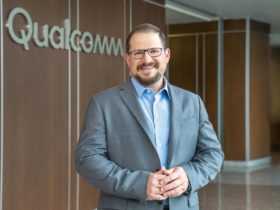 4 hours Qualcomm Market has a new CEO and he is Brazilian; see who is

After having its specifications revealed at the end of last year, the infinix zero 5g 2023 will go on sale on February 4 in India. In its statement, the company announced a “line” of cell phones, which assumes the presence of more than one model.

Apparently, the additional variant will be called “Turbo”, and will position itself as the most advanced model in the series. However, at first, its set of specifications will be quite similar to the other models in the line.

Therefore, it is possible that it is just a naming change, to publicize the model with customized versions.

In this sense, images of the device with a look inspired by the movie Ant-Man and the Wasp: Quantumania — whose launch is scheduled for February 17th — have already been released. The smartphone will come in a custom box, but its construction doesn’t seem to have major changes, according to the image.

The photo reveals the smartphone in an orange color, finished in synthetic material that imitates leather. However, other color options should include black and white.

The Infinix Zero 5G 2023 was presented as the first cell phone with a MediaTek Dimensity 1080 processor. The platform is made using TSMC’s 6 nm process, and operates at clocks of up to 2.6 GHz.

The smartphone should be sold in just one version, with 8 GB of RAM and 256 GB of internal storage – the same goes for the Turbo variant.

Its screen has IPS LCD technology, with 6.78 inches. The panel has Full HD + resolution, and support for refresh rates up to 120 Hz.

The set of cameras on the device has a main sensor of 50 MP, lined up with two more components of 2 MP for macro and depth detection. At the front, a 16 MP camera is responsible for selfies.

The construction of the Infinix Zero 5G 2023 houses a 5,000 mAh battery, with support for 33 W wired recharges. Its operating system is Android 12, with the brand’s typical XOS 12 interface.

The smartphone promises to be one of the cheapest options with the Dimensity 1080 processor, with a price of around US$ 245 – about R$ 1,257 in direct conversion. Infinix operates in Brazil in partnership with Positivo, but there is still no forecast for launching the Zero 5G 2023 in our country.