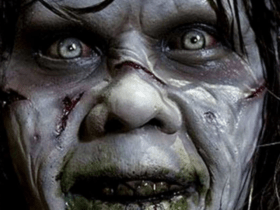 British and Italian scientists have been investigating, for more than 10 years, the genes associated with healthy aging in centenarians. Based on these findings, the group tests ways to rejuvenate the heart, based on a new type of gene therapy that corrects the individual’s DNA, modifying a variant of the BPIFB4 gene. The solution has, theoretically, the ability to rejuvenate the heart in 10 years, but it has yet to be tested in humans.

Published in the scientific journal Cardiovascular Research, the study on the possibility of rejuvenating the heart is led by researchers from the University of Bristol, in the United Kingdom, and by the IRCCS Multimedica study center, in Italy. For now, tests with the new gene therapy have been carried out with rodents and human cells.

“Our findings confirm that the healthy mutant gene can reverse the decline of the heart in older people, with ‘bad’ genes”, says Paolo Madeddu, one of the authors of the study and a professor from Bristol, in a statement. diseases linked to aging, such as heart failure, is reduced.

How can gene therapy rejuvenate the heart?

For now, only preclinical tests have been carried out with the new gene therapy that hypothetically can rejuvenate the heart. At the first moment, experiments were carried out with cardiac tissue cells, taken from elderly patients who did not contain the mutation associated with longevity and had heart failure, in vitro.

At this point, “we observed a process of cellular rejuvenation. The cardiac cells of elderly patients with heart failure returned to function properly, showing themselves to be more efficient”, says Monica Cattaneo, from IRCCS Multimedica.

In the experiment with rodents, the results were even more promising. According to the authors, after a single administration of the therapy, it was already possible to observe the effects in middle-aged mice. Among them, the hearts showed changes similar to those seen in elderly patients aged 100 years or older, as if the new gene had turned back the heart’s biological clock by ten years.

Now, more research must be carried out by the group, and questions of safety and efficacy of the treatment must be evaluated. In the future, it is possible that humans will be recruited for testing, but for now, there is still no prediction.