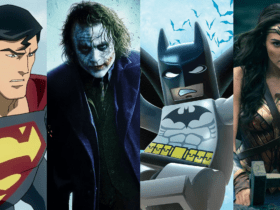 When The Manifest returned to screens as a Netflix production, it brought back its many mysteries. The work presents the story of a flight that, after a turbulence, arrives at its destination five years after its departure. A phenomenon that appears in the plot — with much relevance to the plot — is the so-called black lightning (from English, dark lightning). And, although the series uses creative freedom when bringing it to its story, know that black lightning does indeed exist.

What is black lightning?

The discovery of this phenomenon happened in 1991, and satellite images captured in 2006 allowed scientists to associate them with conventional lightning.

It was in 2012 that a team led by the Norwegian scientist Nikolai Ostgaard, analyzing the images of two independent satellites, found a black lightning in anticipation of a “clear”.

It gets its name because, while the electromagnetic radiation of conventional lightning has a wavelength corresponding to visible light, black lightning is in the range of gamma rays. While light is in the range of 400 to 700 nanometers, gamma rays are over a million times smaller — starting at 100 picometers.

What leads to the formation of these rays is still not entirely clear to the scientific community and they appear to be relatively rare: happening only once in every 1,000 conventional rays.

In the event observed by Ostgaard and his colleagues, the hypothesis raised was the formation of a very strong electric field between the clouds and the ground, which caused the electrons in the atmosphere to collide with the air at a speed close to that of light.

Is black lightning dangerous for planes?

Although gamma radiation is extremely energetic and has the potential for ionization — the ability to remove electrons from other atoms and substances — the consequences of black lightning are not those raised by the series. This type of radiation is harmful to living beings, but it is not capable of making any temporal changes as in The Manifest.