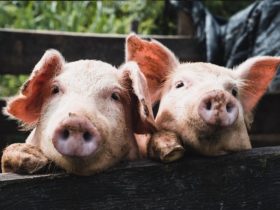 The ChatGPT artificial intelligence model has caught the world’s attention for its incredible ability to converse naturally. With great synthesis capacity and apparent creativity, AI is able to discuss complex topics in an accessible way, give interesting suggestions for content creation, create theories and questions and even present possible solutions to tangled problems.

The chat with ChatGPT naturally caught FreeGameGuide’s attention: first, due to the public’s easy access to AI; second, for its sharp ability to explain complex subjects in text, with a considerable textual quality that, if it weren’t for the agility in the answers, could easily pass for a human.

It is not always easy to identify a text produced by a computer and, now with ChatGPT, this task has become even more complicated. With that in mind, FreeGameGuide “talked” to the AI ​​and asked: how to identify the text made by an artificial intelligence?

How to identify the text of an artificial intelligence?

If you look a little closer, the ChatGPT responses themselves show signs of being produced by artificial intelligence. The excerpt is quite direct, concise, and repeats terms unnecessarily, despite providing coherent information about how to evaluate a text and try to identify that its author is, in fact, an AI software. In addition, reliable sources were not provided for the statements, one of the indications mentioned in the response.

AIs tend to be outdated

ChatGPT deficiencies can also serve to identify it. If the text contains old information, it is possible that it was manufactured by an artificial intelligence, as these models are not always up to date with the databases.

It is because of this limitation that, for example, AI cannot develop texts about the latest news. A fact is reported gradually and it is difficult for a machine to elaborate an excerpt based on a few published articles — which is why journalists and other communication professionals are indispensable to investigate and adapt the content.

As it is an artificial intelligence, the capabilities of ChatGPT are limited to the previously presented database. Therefore, the bot will not always know the answers to all questions, nor will it be able to explain recent events.

ChatGPT’s capabilities are constantly evolving and it’s not difficult to be amazed at the complexity of certain responses. Unlike traditional chatbots, which are obviously limited during a conversation, the OpenAI bot is able to interact in a humane way and even delve into certain topics if the user wants to go further.

The machine can copy writing styles, delve into some issues and interact with the user naturally, as in a real conversation between two people. The possibilities are (nearly) endless, and like other AI-based projects, you don’t always realize the “synthetic” nature of the results.