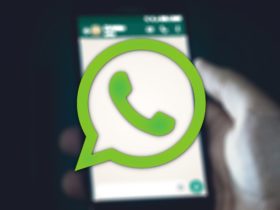 Last week, the 106th class of Medicine at USP was surprised by the news that the student and chairman of the commission, Alicia Muller, had embezzled R$ 927,000 from the graduation party fund, which was being raised by the students. The person responsible for the breach claimed to have suffered a scam by the Sentinel Bank brokerage, where she would have lost R$800,000.

The suspect was already being investigated by a police station in São Bernardo do Campo, in the metropolitan region, after making BRL 461,425 in bets at a lottery in Vila Mariana, south of São Paulo. According to the students, Muller spent part of the money trying to recover the amount he had lost. She is currently being investigated for embezzlement, embezzlement and money laundering.

Ás Formaturas, a company hired by the USP medical team, was notified by Procon-SP and asked who authorized the transfers and what were the criteria established for the movement of money between the company and third parties.

In a note, the company claimed that “all transfers were carried out strictly as established in the contractual clauses” and that the documents requested for the investigation will be provided. “AS’ responsibility in the contract was limited to collecting the amounts from the graduates and transferring them to the class, in addition to carrying out the photographic coverage”, he informs.

How does justice see the case?

For Miguel Pereira Neto, specialist in criminal law, partner at Lacaz Martins, Pereira Neto, Gurevich & Schoueri Advogados, when granting powers for a person to act on behalf of others (grantors), care must be taken in the legal sphere, “not only for objective reasons linked to the contractual form, but for reasons of verification of information of compliance and integrity of the person granted, since it is linked to trust, to trust.”

When there is a breach of trust, this can be proven to be reckless (not culpable) or fraudulent. When the deviations are proven, the case extends to the criminal sphere, “from embezzlement, embezzlement, money laundering, criminal organization to crimes against the consumer, having the trainees as final recipients”.

According to Daniel Allan Burg, lawyer and partner at Burg Advogados Associados, after processing the Police Inquiry with the collection of the minimum evidence of authorship and criminal materiality, Muller may be denounced, by the member of the Public Ministry, for committing the crime of embezzlement.

The offense is provided for in article 168 of the Penal Code, with the cause of the increase in §1, item II, of the same legal diploma, considering that the appropriations took place while she held the status of liquidator of the graduating class — so that the penalty may exceed 5 years of imprisonment.

“Furthermore, as widely disclosed in the media, Mrs. Alicia made several bank transfers from November 2021 to December 2022, which, in theory, constitutes the practice of a continuing crime, under the terms of article 71 of the Penal Code, which could increase the sentence from 1/6 to 2/3.”, concludes the expert.

How to avoid the graduation scam?

Elect more than one person to the leadership role

For Daniel, the ideal would be for the students to elect at least three members of the graduating class to commit to managing the values ​​together with the contracted company. “In this way, if one of them decided – or even took – unilaterally the decision to transfer the amount already collected, it would need the consent of the others who could quickly observe any strange movements.”

In the case of the USP Medicine class 106, both the bank and the brokerage responsible for the collection required more than one signature to transfer this amount of money. It is still being investigated whether Muller forged these documents or whether she was getting help from other students.

According to the specialist, if it is proven that the suspect has forged the signatures, instead of the conduct constituting the crime of embezzlement, it may characterize the practice of embezzlement (provided for in article 171 of the Penal Code), “since it would have used the counterfeiting as a means of obtaining an undue advantage, keeping the bank and the broker responsible for the collection in error”.

Do not use the money for investments

Graduation money should not be used for investment, as all types of investment carry some level of risk. It is possible to make monthly investments in fixed income funds, which will have a yield above savings and low risk, but it would be necessary for the whole class to reach a consensus on the decision. Besides, it would be necessary to look for a specialist to follow the process and, preferably, in a traditional bank.

According to lawyer Brunno Giancoli, professor of Consumer Law and Innovation at Mackenzie, for the Uol website, if the student has in fact made an investment with her graduation money, the attitude is “inadmissible”. “Because for her to take that money and invest it, even if it was with the best of intentions, she needed authorization from all the students”, he said.

The Sentinel Bank brokerage, which Muller accuses of having disappeared with R$ 800 thousand, promised scandalous returns and has already been involved in other controversies with the Justice. The Securities and Exchange Commission (CVM) itself has already published an alert to the market informing that the company was not authorized to intermediate this type of action.

Prevention and follow-up are the keys to avoiding such situations. It is important for the commission to establish a transparent relationship, with periodic meetings for accountability.

According to Burg, to protect themselves from similar practices, students should hire reputable and reliable companies that do a serious job and, above all, inform the class about any withdrawals of values ​​that they consider strange.

“In addition, insert clauses in the service provision contract that establish maximum and minimum amounts for withdrawing from group administrators to avoid large withdrawals”, he concludes.