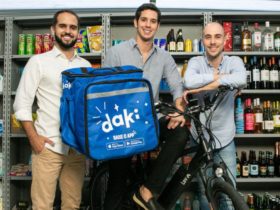 Bees, like dogs, can be trained to sniff and follow objects, or more specifically, specific plants and flowers. Agricultural crops, for example, can be accurately recognized, making the pollination of small animals more efficient. In a new effort by ecologists, entomologists and other Brazilian scientists, bees are being trained to improve coffee production (Coffea arabica).

The olfactory memory of bees is very good, not for nothing, since they feed on the pollen and collect it to take to the hive, taking into account the color and fragrance of the flora. By using markers like these in the laboratory, researchers can train them to recognize the target crops in question by having the colony released on the crops, pollinating them efficiently. In addition to improving coffee production by up to 18%, this can also improve the quality of the beans obtained.

How are bees trained?

With the support of the State of São Paulo Research Foundation (FAPESP), the team is therefore using synthetic biomolecules, imitating the scent of the coffee flower. According to her, the insects could not differentiate the artificial solution from the natural aroma of the coffee flower, which already shows promising advances in the technique.

Pollination in the field, therefore, will have more events, since the bees must prefer pollen with these characteristics. The initiative used African bees (Apis mellifera) and the startup that derives from it is called PollinTech.

Some studies already show that training bees with synthetic solutions increased sunflower production by 57%, a very high number. Currently, about 90% of the world’s agricultural crops depend on pollination at some level, and bees are still responsible for pollinating 75% of all plants grown and used directly or indirectly on the planet.

In Brazil alone, the value of pollination to produce food is estimated at R$ 46 billion every year, and of the 191 agricultural crops in the country that revert to food, 114 depend on pollinating action. Coffee represents 12% of the amount, estimated at R$ 5.6 billion. In addition to the quantitative and qualitative improvement of the coffee produced, pollination can also increase the sensory aspects of the drink.

According to the researchers, few Brazilian coffee growers know or understand the role of pollination in coffee production, requiring awareness efforts and demonstrations on the feasibility of using technologies aimed at this. In interviews with producers, it was noted that specialty coffee producers are most interested in efforts to improve crop pollination.

After successfully applying the training techniques to coffee bees, especially with field tests, the scientists will seek to expand the technique to other important agricultural areas, such as orange, avocado and açaí production.