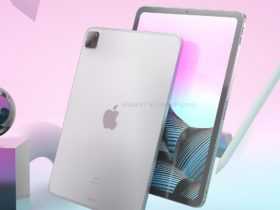 The presidents of Brazil have several responsibilities and also some honors. One of them is the right to move around in luxurious and imposing cars. The first that comes to mind when this is the subject is usually the Rolls-Royce Silver Wraith, used in the inauguration ceremonies. The British model, however, is not the only one to be used by the head of state.

FreeGameGuide embarked on a historic journey and went back to 1907, the year in which Affonso Pena, who took office in November of the previous year, became the first president of the Republic of Brazil to adopt a car as an official means of transport, thus abandoning , the traditional carriages.

Since then, there have been many models – 13, to be exact – of cars used by the presidents of Brazil. Are we going to remember all of them on this trip through time?

The manufacturer Charron, Girardot & Voigt (CGV) was responsible for sending to the country, in April 1907, the first of the 13 cars used by the presidents of Brazil throughout history.

The CGV was equipped with a 4-cylinder, 24-horsepower gasoline-powered engine, quiet enough to be mistaken for an electric car (yes, they had already been invented back then). It was also used by Marshal Hermes da Fonseca, who held the presidency between 1910 and 1914. 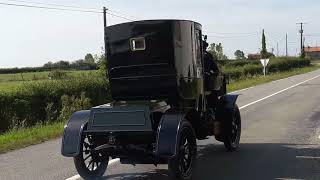 The second among the 13 cars used by the presidents of Brazil is a French one, the Renault Type CB Town Car, just like the one that sank along with the Titanic. The luxurious 4-door sedan was marketed by Renault between 1912 and 1933 and was the official means of transport for Wenceslau Braz during his term as Chief Executive.

The Packard 1919 wasn’t the most luxurious and imposing car used by a Brazilian president, but it went down in history for a reason. The model was the first to be part of a presidential inauguration, at the ceremony of Artur da Silva Bernardes, in 1922.

Before leaving office, in 1926, Artur Bernardes had the privilege of trying out the fourth among the 13 cars used by the presidents of Brazil. At that time, the fleet was already in the hands of different Lincoln models, brand new, until then the most imposing among all those that had already passed through the heads of state.

The KB Convertible, the most outstanding of them, also had special chapters as a presidential car during the governments of Washington Luís and Getúlio Vargas. The car had a powerful V12 engine under the hood and was marked by being also used in the inauguration of President Eurico Gaspar Dutra, Marechal Dutra, in 1946.

The Cadillac, despite being one of the most popular and coveted luxury cars in the world, had a brief and not very happy chapter in the lives of the presidents of Brazil.

The story goes that the convertible model, equipped with automatic transmission, failed when trying to climb the ramp of Palácio Tiradentes, during the inauguration of Getúlio Vargas, in 1951, and was subsequently discarded. 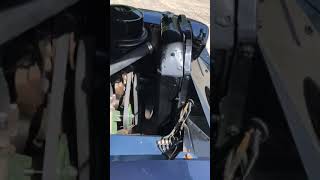 The sixth among the 13 cars used by the presidents of Brazil is the model that, until today, is part of the inauguration ceremony. We are talking about the Rolls-Royce Silver Wraith, which overcame the competition from GM and Ford to, in 1952, become part of the official presidential fleet.

The Brazilian government imported two units of the Silver Wraith, both in black and with reinforced stirrups to carry the president’s bodyguards. One in limousine style, fully enclosed, and one convertible. The model is so sumptuous that it was even used by Queen Elizabeth II on a visit to Brazil.

Chosen by President Humberto de Alencar Castelo Branco, the Executive Willys Itamaraty brought a new trend of luxury and sophistication to the fleet, with the insertion of accessories such as leather seats and air conditioning.

It was also the first national car to transport presidents of the Republic and used in the inaugurations of Costa e Silva, Médici and Ernesto Geisel.

The era of national cars continued with two very similar Ford models and, therefore, are part of FreeGameGuide’s selection in the same item: the Landau and the Galaxie. The duo was part of the trajectory of presidents João Batista Figueiredo and José Sarney.

The sedans had as their main attractions, in addition to the powerful engine, the 3-speed automatic transmission, internal controls on the mirrors and, of course, a lot of luxury in the internal finishes. 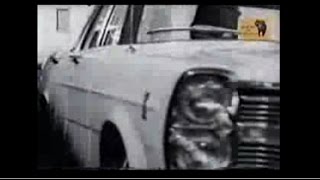 The ninth among the 13 cars used by presidents of Brazil was the Lincoln Town Car. It was borrowed by Ford when Fernando Collor took over, as he referred to domestic cars as “wagons” and, therefore, would not use them in his fleet.

The Town Car loaned by Ford to the government for use by the President of the Republic was equipped with electronic fuel injection, ABS brakes and sensors that automatically turned on the headlights when it got dark – a common feature nowadays, but which was a technological advance for the time.

After Collor’s impeachment, Itamar Franco assumed the presidency and, with him, national cars returned to the scene. The head of state used to take his walks aboard a Chevrolet Opala Diplomata SE, which had a 3.8 6-cylinder engine under the hood.

General Motors continued as the automaker chosen by the presidents when Fernando Henrique Cardoso started the first of his two terms in 1994. The chosen car was an Omega manufactured in Brazil, later exchanged for the Australian ones produced by Holden.

The model had some modifications compared to the factory original – support for the flags on the fenders, shielding and radio communication for contact with the other vehicles in the entourage.

The penultimate on our list of 13 cars used by Brazil’s presidents is the Ford Edge. The SUV was chosen by President Dilma Rousseff for personal use and also for her convoy.

In total, there were 12 vehicles of the model, 10 of them armored. The Ford Edge was manufactured in Canada and had a 3.5 V6 gasoline engine.

We are going to close the list of presidential cars with one more representative of the American automaker. Or rather: two. The Ford Fusion was part of the presidential fleet in two versions during the Lula government, a traditional combustion engine and a more “green” one, with a hybrid engine.

In addition, the car accompanied President Jair Bolsonaro during the government that started in 2018, logically with a 0 kilometer model provided by the brand. The representative, who resigned on January 1, 2023, drove the Hybrid Titanium version, which combined an electric motor with a combustion engine.