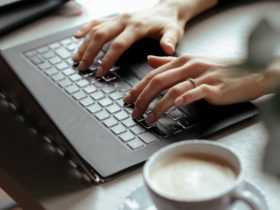 A final audit of NASA’s efforts to build the Mobile Launcher 2 (ML-2) tower by the US Government’s Office of Inspector General (OIG) has been published. The massive structure will be used in future launches to the surface of the Moon, but the new report warns that, in addition to costing 2.5 times more than planned, the 2.5-year delay in delivering the tower could cause the launch of the Artemis IV mission will only take place at the end of 2028.

NASA already has a mobile launch tower for the Space Launch System (SLS) rocket. However, the structure will have to be replaced after three missions because, in the future, the space agency plans to use a more powerful upper stage version of the rocket. This version will have a 40% greater payload carrying capacity to the Moon. On the left, the original version of the SLS rocket and launch tower; on the right, the updated versions of both (Image: Reproduction/NASA/OIG)

So, three years ago, NASA signed a contract with the Bechtel company to design and build the ML-2, a 118 m high structure that will support the supply and launch of the future version of the SLS. The mobile tower was supposed to cost US$383 million, but according to the report, the project is behind schedule and is already costing US$960 million.

According to the report, “Bechtel’s poor performance is the main reason for the significant projected cost increases.” In addition, the document points out that the company underestimated the scope and complexity of the project – in parallel, employees said that the high costs are a consequence of the new coronavirus pandemic. Fred de Sousa, a representative for Bechtel, says the company is committed to delivering the tower.

The report also highlighted that “NASA’s management practices contributed to project cost increases and schedule delays,” and part of this is because the agency closed the contract with Bechtel before finalizing the design of the updated version of the SLS. . NASA plans to launch the Artemis IV mission and the rest with the new version of the SLS, and for that it will need the new tower — but now, Bechtel doesn’t expect construction to begin before the end of 2022.

On NASA’s timeline, Artemis IV will be the second manned mission to the lunar surface. Before that we will have, later this year, Artemis I, an unmanned test of the SLS Block 1 rocket and Orion capsule on a journey around the Moon. Sometime in 2024 we will have Artemis II, with the same rocket and route, but a crew on board. The moon landing will come with Artemis III, originally scheduled for 2024 but currently slated for 2025.

NASA recently revealed the two companies that will produce the lunar suits for the program, Axiom Space, which aims to build an Earth-orbiting space station, and Collins Aerospace.