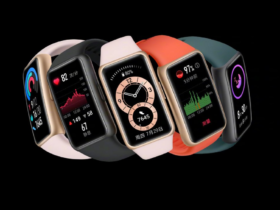 The opening show of Summer Game Fest 2022 took place this Thursday (9) and brought news of games already announced, such as The Callisto Protocol, Call of Duty: Modern Warfare II, Marvel’s Midnight Suns and Street Fighter 6, as well as some highlights. unreleased like Aliens: Dark Descent, Goat Simulator 3 and the remake of The Last of Us.

Below you can see a summary of all the announcements of the event. What was your favorite? Share with us on social media. 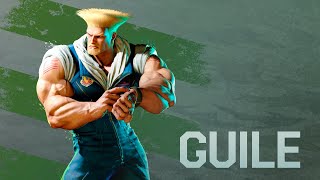 Street Fighter 6 showed during the Summer Games Fest the new look of Guile in the sequel to the fighting game from Capcom, which will still have classic fighters like Ryu and Chun-Li. In an official statement, Capcom highlights some of Guile’s moves, which feature iconic moves and unprecedented attacks: 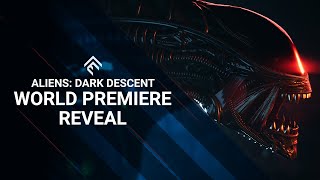 The presentation confirmed a new game in the Alien franchise, which promises to introduce new characters and creatures to the xenomorph universe. The cinematic trailer is followed by a quick gameplay teaser, which reveals that Aliens: Dark Descent will have an isometric view. 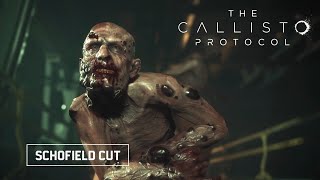 Krafton’s alien horror game, which would be a spin-off of PUBG: Battlegrounds, has a new trailer and the first gameplay demonstration. The demo shows protagonist Jacob seeing visions around the station, shooting enemies and using a gravitational weapon called “The Grip”, which makes monsters levitate. 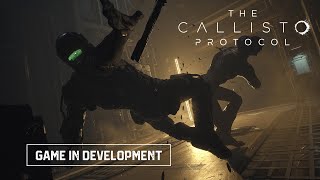 The videos also revealed two player death scenes: one in which Jacob has his head bitten by a monster, and another in which he is trapped in machinery that rips his entire body apart. The scenarios will be full of mechanics and ventilations that can be used to shred enemies; however, it is worth being careful not to crash into them. 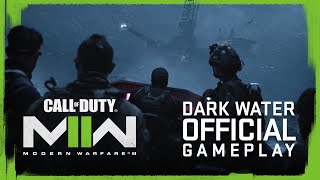 The already revealed Call of Duty: Modern Warfare II took center stage at Summer Game Fest 2022, with Activision revealing the gameplay of a campaign mode mission. The FPS will bring the return of characters familiar to fans, such as Price, Soap, Gaz and Ghost. The stretch oozes realistic graphics and combat moments on a ship. 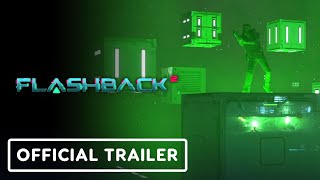 Classic PC franchise, Flashback will return after 30 years without a new game. The action-platform adventure continues with Flashback 2. The announcement trailer showed the return of the balance between shooting, exploring and jumping in alien scenarios in the gameplay.

This time, Flashback comes to more platforms, including PS5, PS4, Xbox One, Xbox Series S, Xbox Series X and Nintendo Switch, in addition to PC. The game is scheduled for release in summer 2022. 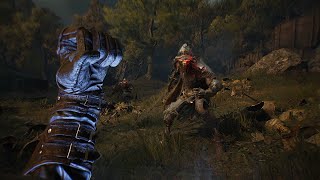 Announced in 2017 during Summer Game Fest, Witchfire received a trailer showing some of its gameplay. With a kind of steampunk look, the main character appears facing a horde of dark beings, using magic and the most varied weaponry. The game doesn’t have a release date yet, but it will be in Early Access on Steam soon. 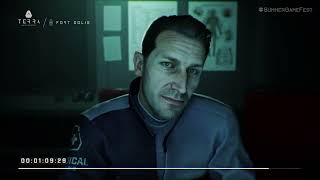 Another space survival game, Fort Solis is an independent production by Fallen Leaf and Black Drakkar Games, produced in Unreal Engine 5. In the story, engineer Jack Leary goes to the planet Mars to check for a warning sign. Arriving there, he discovers that he is alone, and that things have gotten out of hand.

According to the game’s official page, players will need to make several choices throughout the narrative, which can change the course of the story. The cast includes actors Troy Baker, known for playing Joel in The Last of Us, and Roger Clark, who played Arthur Morgan in Red Dead Redemption 2.

The game does not yet have a release date, but it can now be added to the wish list on Steam. 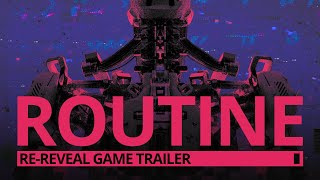 The horror game published by Raw Fury and developed by Lunar Software was shown at the event, with an immersive and intriguing gameplay teaser. The game seems to mix elements of horror and sci-fi in an inhospitable place inhabited by strange creatures, including killer robots. According to the trailer description, the game is set on an abandoned moon base, with an “eighties” future design.

Routine will be released for Xbox One, Xbox Series X|S and PC, also debuting on Game Pass. The trailer serves as a “reveal” of the game, as the project was announced years ago, in 2014, and has undergone a revamp. Rounding out the setting, Routine will be scored by composer Mick Gordon (DOOM, Prey, Wolfenstein: The New Order). 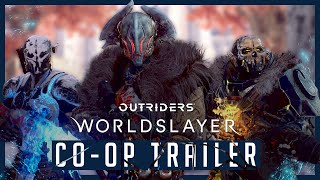 The Outriders Worldslayer expansion got a new trailer during Summer Game Fest. The next chapter of the story promises to escalate in tension, introducing a new villain that wants to decimate humanity once and for all. As in the basic version, it will be possible to play the Worldslayer campaign with up to 2 people. More news about the DLC was promised in a presentation dedicated to the game published by Square Enix on the 10th of June. 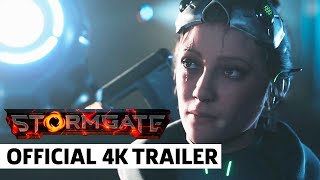 Frost Giant Studios has released the first trailer for Stormgate, an RTS (real-time strategy) game made by developers who worked on StarCraft II and Warcraft III. The game does not yet have a scheduled release window and, for now, will be exclusive to computers. To learn more about the project, click here. 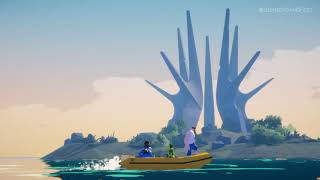 Demagog Studio’s game shows a character exploring a world overtaken by a natural catastrophe and most of the locations are flooded. The player interacts with other characters and apparently can form a team of up to four players to explore and defeat enemies. The game arrives in 2022, with no announced platforms yet

A retro future with American Arcadia 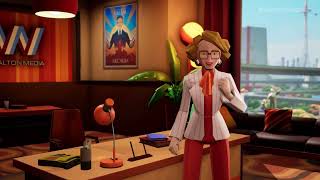 Produced by Out of the Blue (developer of Call of the Sea), American Arcadia is set in the future, in a retro futuristic metropolis, where all citizens live a comfortable and luxurious life. However, what they don’t know is that they are part of a reality show, broadcast 24 hours a day.

The player explores the stories of two characters, each with their own style of gameplay, but with their lives and fates intertwined. You will need to unravel the mysteries of this show, reveal the truth to the world, and of course survive. All this with a 2.5D side-scrolling gameplay (that is, with the player moving horizontally) with exploration, puzzles and stealth.

The game does not yet have a release date, but it will arrive “soon” for PC and consoles. The game can now be added to the wishlist on Steam. 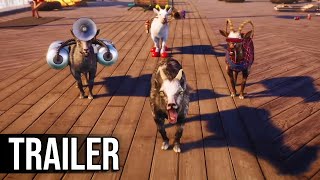 The goat simulator, Goat Simulator, will get a new game. In place of a Goat Simulator 2, the Coffee Stain studio jumped straight to Goat Simulator 3. The adventure that marks the return of urban chaos caused by animals, won a trailer without gameplay scenes, just showing the four-legged protagonists attacking humans. The title arrives at the end of the year for PC via the Epic Games Store, in addition to consoles from Sony and Microsoft as yet unspecified. 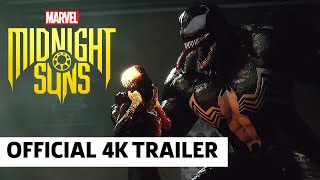 The tactical RPG with heroes and villains from Marvel won news during the Summer Game Fest. The trailer showed Venom facing off against Lilith, the game’s main antagonist. We also see Spider-Man, Blade and a villainous version of the Hulk. 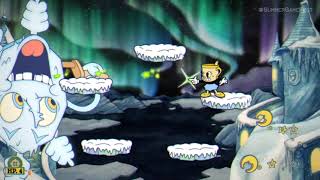 The long-awaited Cuphead expansion had a new boss announced, with the level taking place on an icy map, with platforms for characters to move around and an enemy that transits between the sides of the level. Mrs. Calice appears in the stage battling the giant opponent, which is a kind of Snowflake. 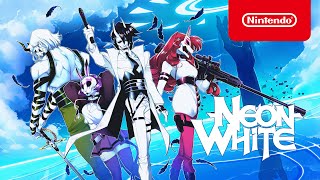 Indie game produced by Angel Matrix and published by Annapurna Interactive, Neon White will be a first-person shooter and platformer that will mix action gameplay with a card system. The player controls a character named White, a “assassin from hell who slays his enemies for a chance to ascend to heaven”.

Neon White will be released on June 16 for Nintendo Switch and PC. 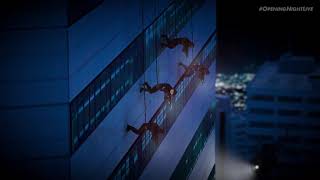 A game developed by a single developer, Midnight Fight Express won a trailer during the opening of this year’s Summer Game Fest. Gameplay with an isometric view puts the player in control of a protagonist in action scenes, including shootouts, gunfights and car chase sequences.

The development is in charge of Polish Jaboc Dzwinel, who co-wrote the expansion The Witch Queen, for Destiny 2. The adventure will be released on August 23 for PC, Nintendo Switch, PS4 and Xbox One,…