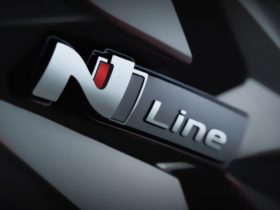 Pokémon Scarlet and Pokémon Violet, the next generation of games in the pocket monster franchise, have a date to arrive. The two ninth-generation Pokémon games debut on November 18, 2022, exclusively on Nintendo Switch.

To announce the date, The Pokémon Company released a trailer this Wednesday (1st), showing the gameplay of the adventure and introducing news. In the video we can see more of the initial trio formed by Sprigatito, Fuecoco and Quaxly, in addition to new little monsters and the unprecedented duo of legendary: Koraidon for Scarlet and Miraidon for Violet. Watch the trailer below: 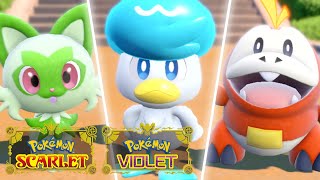 Pokémon Scarlet and Pokémon Violet allow multiplayer gameplay with up to four players. Together, Trainers can trade and battle Pokémon, explore the region, and discover unknown areas with friends.

More details on the title’s multiplayer features have yet to be revealed, but this is the second time the Pokémon series has introduced the ability to play the campaign together. The function was tested very superficially in Pokémon Let’s Go Eevee! and Let’s Go Pikachu!, with the second player getting a very limited performance.

4. Two teachers and a new rival

For the first time in the series, two different teachers study the region. The character that will guide the protagonist on the journey will depend on the version the player chooses.

In Pokémon Scarlet, we will meet Professor Sada. In Pokémon Violet, we will meet Professor Turo. According to The Pokémon Company, each of the teachers is conducting research on certain ancient traditions. This fact reinforces the theory that Scarlet and Violet may present two different points of view of the same story, amplifying the differences between the versions.

The bet is that Scarlet will somehow focus on the past and Violet on the future. While teacher Sada wears old clothes, Turo has neon in more futuristic outfits. The visuals still link to the legendary Koraidon and Miraidon, which can be translated from Japanese with future (mirai) and lore (korai). The trailer even introduced the new rival. Nemona has a sunny disposition and is energetic. She loves Pokémon battles and, unlike other games, is an experienced trainer.

Nemona is the protagonist’s rival and an experienced trainer. (Image: Publicity/The Pokémon Company)

Going beyond the path blazed by Legends: Arceus, Pokémon Scarlet and Violet offer an open-world experience never before seen in the series. The game world can be explored freely and not in an order dictated by history, as in previous generations. This means that the player will be able to venture through the region however they want.

Open world is new to the franchise in the new games. (Image: Publicity/The Pokémon Company)

With an open world, a novelty shown in the trailer are the new formats of Pokémon centers and traditional Poké Marts item stores. The trailer shows spaces like Pit Stops by the roadside, in a single building. Pokémon Centers have a new look in the open world of games. (Image: Screenshot/FreeGameGuide/The Pokémon Company)

An excerpt from the promotional video even seemed to confirm the existence of gyms in the new region. Check out:

As it could not be missing, the trailer released unpublished monsters that we will find in the games of the end of the year. The highlight is the presentation of Koraidon and Miraidon, the legendary that appear on the covers of Pokémon Scarlet and Pokémon Violet, respectively.

These two are said to have powers that far surpass those of other Pokémon, but the details about Koraidon and Miraidon are still shrouded in mystery.

Three more Pokémon were introduced. Pawmi is one of the Pokémon used by Nemona and is an Electric-type.

Do we have a new electric mouse? (Image: Publicity/The Pokémon Company)

Lechonk is also on the rival’s team. Normal type guinea pigs use their sense of smell to find and eat only the most fragrant wild grasses and richest berries. As a result of its foodie habits, it radiates a herb-like aroma that insect Pokémon do not like.

Smoliv is the Olive Pokémon, strengthening the relationships that Scarlet and Violet’s region makes with the Iberian Peninsula. The oil that comes out of this Pokémon’s head has a very strong bitter taste and is not suitable for consumption. When startled or attacked, Smoliv fires this oil, slowing the opponent. He will then take advantage of this moment to flee.

With information from: The Pokémon Company