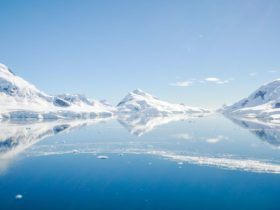 8 minEnvironmentUnderwater volcano in Antarctica produced more than 85,000 earthquakes in the region

The agency that regulates competitiveness in the UK market (Competition and Markets Authority – CMA) fined Facebook 50.5 million pounds (R$ 395.4 million at the current price). The reason: the company failed to comply with an agency order during an investigation into the purchase of the Giphy platform, acquired by Mark Zuckerberg in 2020 for US$400 million (almost R$2.3 billion)

According to the entity, Facebook has failed to provide updates on its compliance with the requirements necessary to continue to compete with Giphy — instead of integrating the operations, which is the subject of antitrust discussion. The CMA claims that it has notified the company numerous times and, even so, the platform has refused to submit the information.

Joel Bamford, senior director of mergers at CMA, stresses that, even after being denied appeals in two courts, Facebook insisted on disregarding its legal obligations. “We informed the company that this refusal was a violation,” he points out. “This should serve as a warning to any company that believes it is above the law.” punishment serves as a warning to other groups.

Facebook, for its part, says it disagrees. For the company, the decision is unfair. The organization informs that it applied its best efforts to demonstrate compliance and that the CMA itself approved. “We will review the entity’s decision and evaluate our options.”