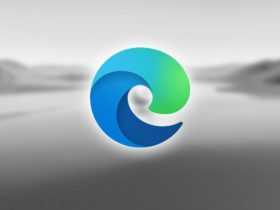 Auto Chess is an example of a game whose birth went from one mod to another title. Drodo Studio was responsible for the creation and popularization of the strategy sub-genre, through Dota 2 in 2019. The basis for the creation is the classic Chinese game Mahjong that seeks to prevent the opponent’s advance through combinations of pieces.

Auto Chess mechanics fit perfectly into mobile devices and that’s what we’ll talk about today. Through these titles, players put their adaptability and real-time strategy to the test, in a competitive environment against other players. A plate full of creativity and competition.

Riot Games delivers with Teamfight Tactics (TFT), a special title of the genre, works canonically with the established universe of League of Legends. The title hit the public in mid 2019 and its season is based on specific themes, lasting a few months and rewarding players with cosmetics.

The game’s relevance is not only maintained with the season themes, but also with mechanics introduced at the beginning of each new theme. Currently the game features “Radiant Items”, giving a big bonus to the character. It serves as a counterpoint to the “Dark Item” from the previous Pass, which gave a big bonus at some cost.

Through its characters and constant work to keep the game fresh in the base mechanics, Teamfight Tactics stands out in the genre and tests the player’s skills. I didn’t tell you about the cosmetics, right? Each season the number increases, so if you’re the type who loves to play all the funky, this is definitely your game. 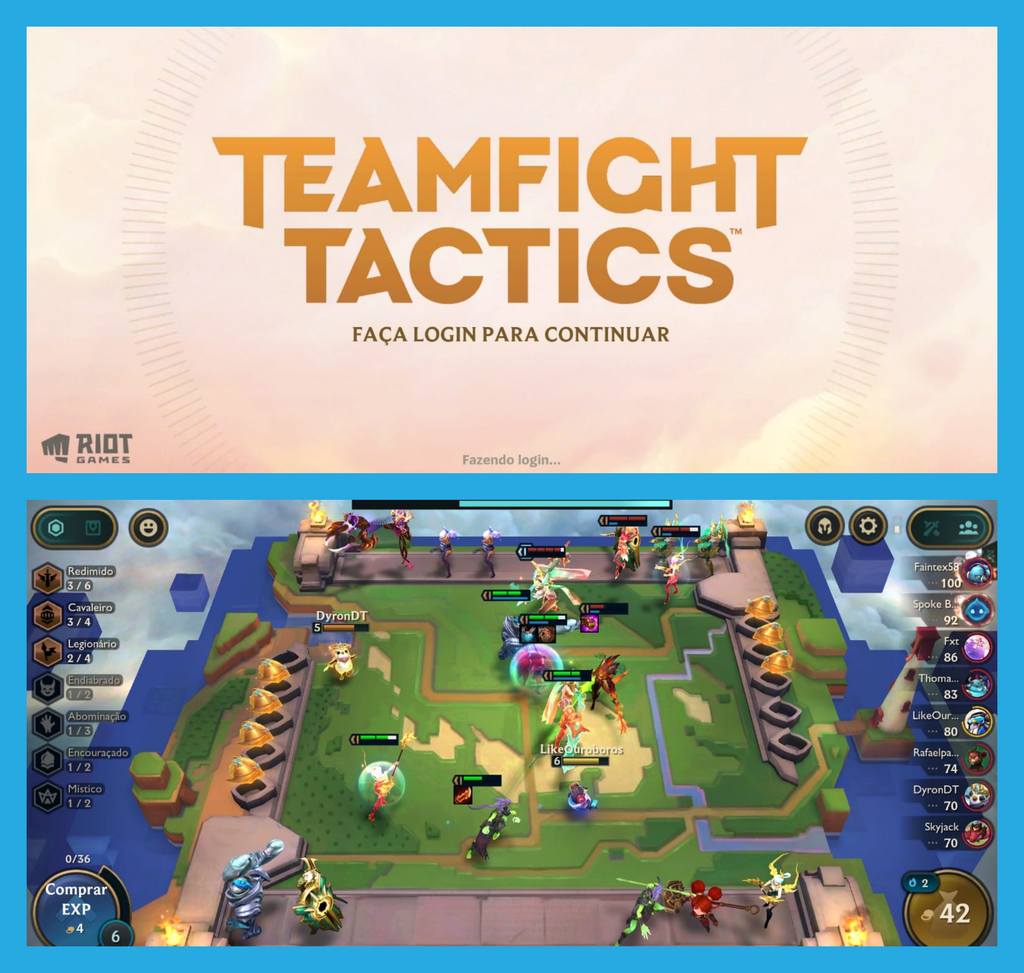 Drodo Studio started everything, so it’s only fair that we honor this title that followed the original idea in an independent project, taking inspiration from classic RPG races like Goblins, Dwarfs and Humans, mixing with their author characters, to deliver a exciting and fun universe for the player.

In an 8×8 chess-inspired setting, players place their pieces and create synergies across the available races and classes to be the last survivor among the eight that make up the game. It’s important to think about both which parts will deal damage and which ones will help the supported team, keeping the team strong and alive.

As the game depends on both strategy and luck, it is important to know how to adapt the pieces available for purchase. Waiting for a specific character to close your composition can be the reason for your defeat. Keep an eye out for opponents, see what characters they are buying and what items they make to increase your chances. 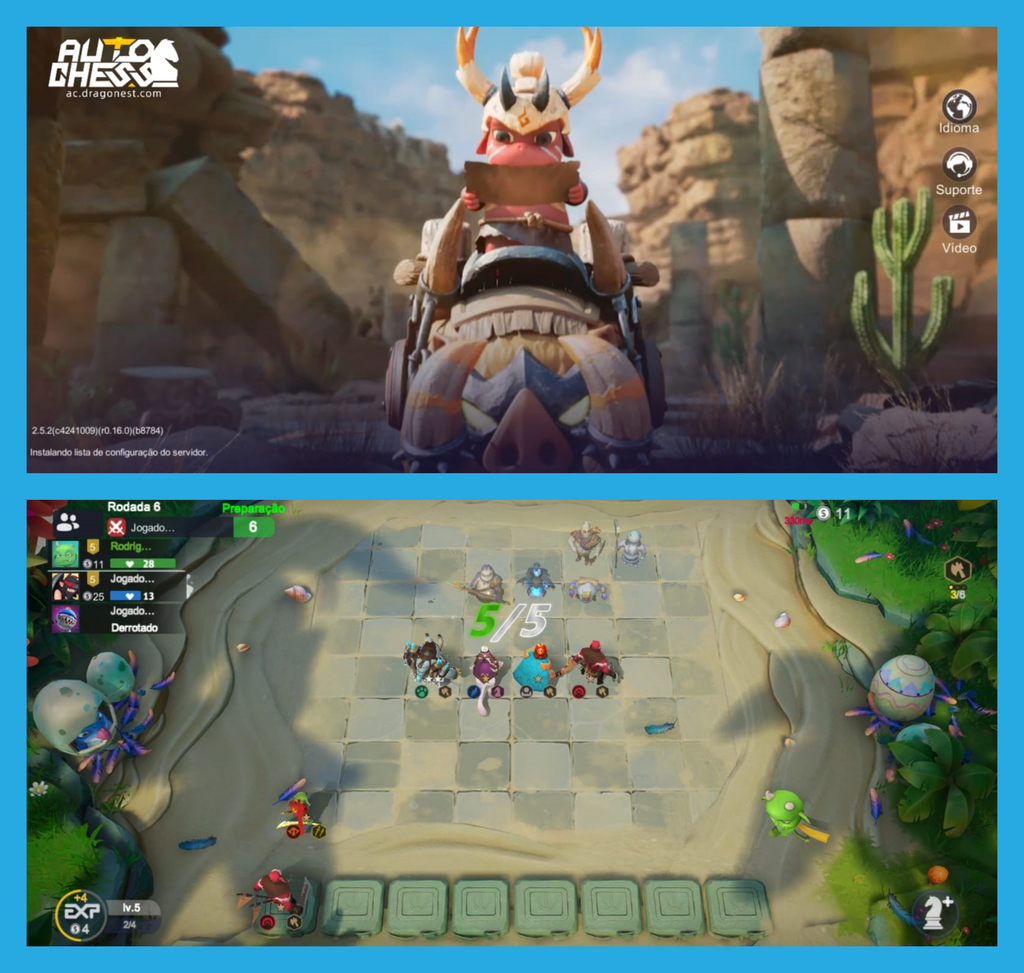 Auto Chess is the result of Drodo Studio and one of the forerunners of the genre (Image: Rodrigo Folter/Screenshot)

Valve, seeing the possibility through a mode created by a mod, decided to invest in its own version, going the opposite way of the traditional Dota Auto Chess, and Underlords reached the public in 2019, conquering fans and investing in more game modes, the that pleases both players who enjoy competing and those who want a casual experience.

The title also works with a Battle Pass, which tells a story throughout its duration. Currently, four Underlords fight for a prominent position and the player must choose one of them to lead the team that creates the victory. Don’t forget to think long term to build powerful synergies, and buy the same characters to make them even more powerful.

With the pace of the industry and the need for cross-platform players to play each other, Underlords allows for this. You can log on to your PC, start a game, and if a friend wants to play too, but only on your cell phone, no problem. Valve created a very complete space so that the experience is focused on what the player wants. 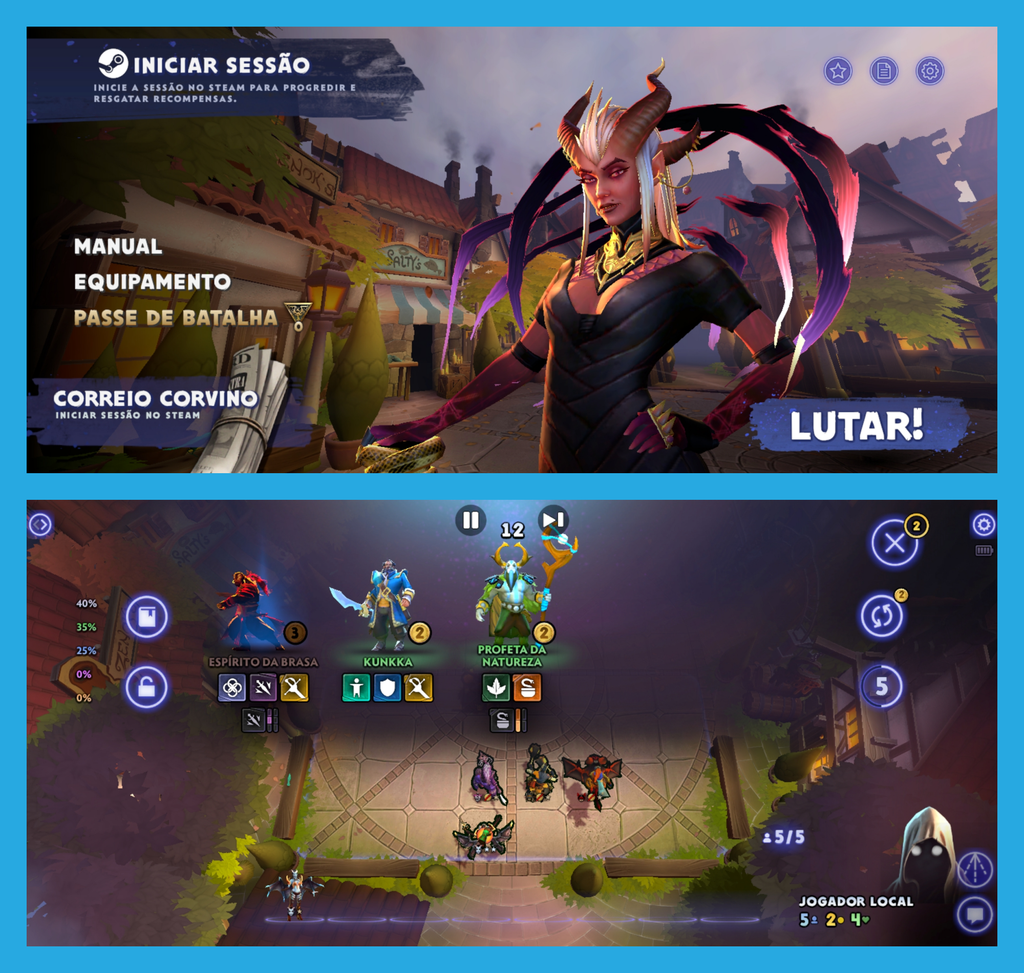 Chess Rush is another standout title in the genre, featuring multiple modes for players to play thrilling matches in pursuit of the “King of the Board” title. With more than fifty characters, there is more than enough to let your creativity run wild and test different compositions until you find the one you like the most.

Tencent has Turbo Mode for those who don’t want a very long game. This mode finds players faster and counts around ten minutes, allowing several matches to be played in place of one. It’s a fun mode and paved the way for rivals to look for something similar.

Isn’t playing alone your vibe? Chess Rush allows you to form duos or quartets with your friends and work together to win the duel. The games are always eight players, regardless of the mode, and precisely because it allows so much choice, Tencent stands out in this genre that grows every day. 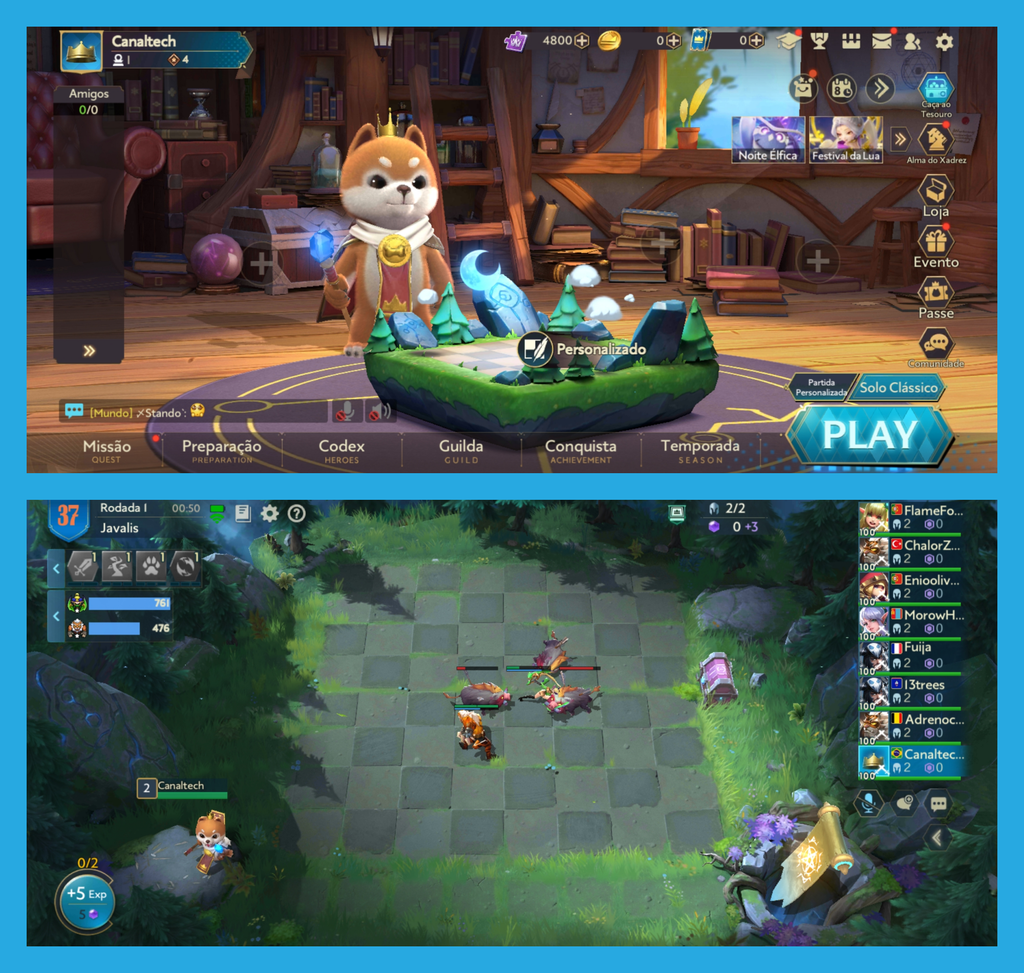 Ubisoft is also present in the genre with this version that uses characters from the Might & Magic series and takes the competition to the extreme, mixing auto chess with battle royale. A hundred people, you didn’t read that wrong, a hundred people participate in real-time matches in search of victory and become the last hero standing.

It may seem like an exaggeration, but it works very well and the matches are fast enough that the experience doesn’t become boring. As always, strategy and quick thinking give the player an advantage and with so many characters available, there is a lot of scope to test different styles of play.

In a competitive market, it’s important to stand out, and that’s exactly what Might & Magic: Chess Royale did by blending two popular styles. Enjoy intense battles, improve your characters and create powerful teams to take out your enemies. 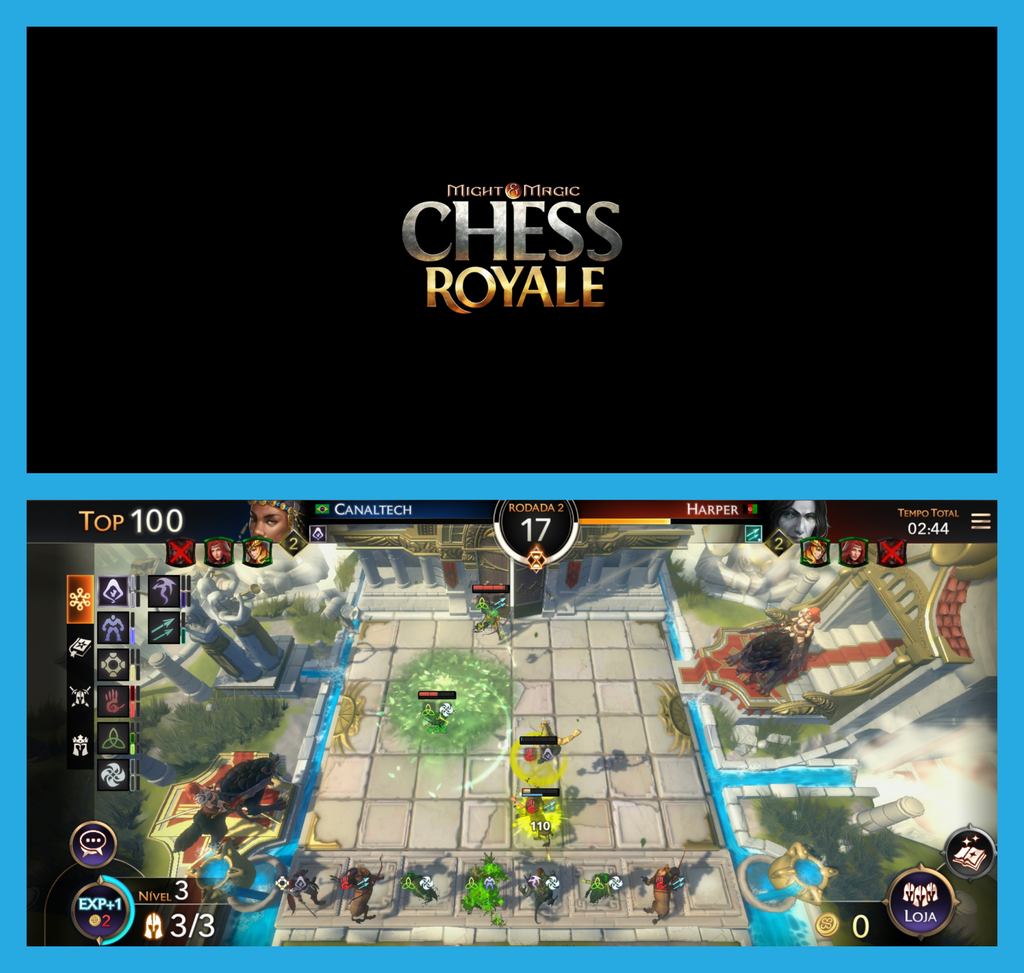 What is your favorite auto chess? Tell us in the comments!