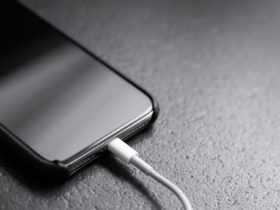 Japanese scientists have found a way to pick up objects on reflective surfaces without touching them, using only sound waves — and a lot of engineering, of course. While they still can’t do this completely effectively and reliably, it’s an incredible advance in the quest to manipulate physical objects without direct contact with them.

The engineers responsible for the experiment were Shota Kondo and Kan Okubo, from the Metropolitan University of Tokyo, Japan. They built a hemispherical acoustic matrix that can lift a 3-millimeter polystyrene ball from a reflective surface. The acoustic “trap” is directed to the desired position, allowing you to capture the object and suspend it with the sound waves.

The technique uses transducers divided into blocks, which makes the process easier than trying to control the transducers individually. A filter was also used to reproduce optimized sounds so that the phase and amplitude of each channel created the desired acoustic field. 3D simulations showed how and where this field was being generated when the styrofoam ball was captured by the “acoustic tweezer”. 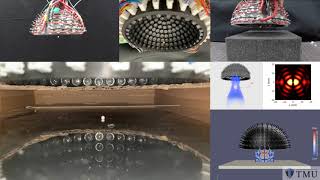 In fact, what actually happens is that the acoustic field is moved, and so the object trapped in it also moves. Using this matrix, the researchers were able to lift the styrofoam, which was on a mirrored surface, but unreliably because, at times, the pellet was spread by the acoustic pressure, instead of being stuck. Still, the technique can be improved for better results.

Catching particles without direct contact is of great interest to some sectors of science, such as biomedical engineering, nanotechnology and pharmaceutical product development. There is already a technology, known as optical tweezers, that uses lasers to generate radiation with enough pressure to levitate and move extremely small particles, but acoustic tweezers have the potential to move larger or much smaller objects, on the order of millimeters.