Released by Capcom in early 2019, Devil May Cry 5 is one of the best games in the hack’n slash genre ever made in history. With intelligent and intense gameplay, striking characters and good storyline, it is not difficult to spend hours and hours killing countless hordes of demons in the most diverse ways.

Surfing the wave of this success and trying to hitch a ride on the launch of the new generation of video games, Capcom prepared a surprise for the fans and brought a more complete version of the game, with some additions that justify its purchase – mainly for the new owners of Xbox Series X and S and PlayStation 5. So, as soon as video games hit the market, Devil May Cry 5: Special Edition also came.

What should we observe when talking about this new version of DMC 5? At first, it is necessary to explain that this is the same game released over a year ago. They are exactly the same missions, with nothing to add. What changes, however, is that this time we can play with an iconic name of the franchise: Vergil, brother of Dante. 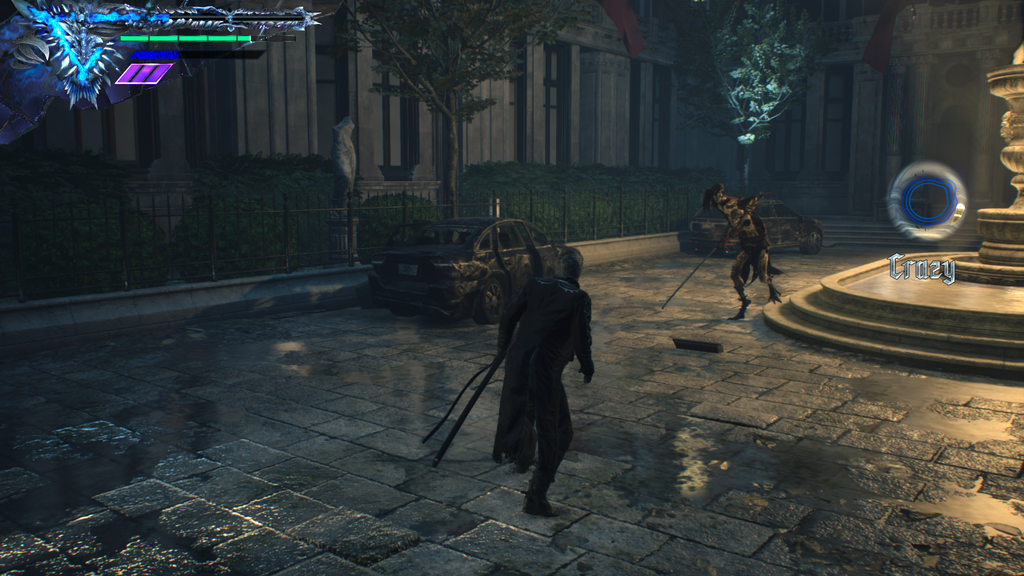 Thus, the greatest virtue of DMC 5 Special Edition also becomes its greatest sin. As much fun as playing with Vergil, longtime fans of the franchise probably expected missions made especially for him and not a mere adaptation of what already exists to be played with Nero, Dante and V.

At least it looks better

Before delving into the content of Devil May Cry 5: Special Edition, let’s talk about what most caught people’s attention when the game arrived: the improvements for the new generation. Capcom has promised even better performance and graphics improvements in a game that is admittedly beautiful and well done. Mission Accomplished.

When playing on the Xbox Series X, there are four technical possibilities: standard mode, which leaves the game at 4K / 60FPS; Ray Tracing + Resolution, which brings the game to 4K resolution with Ray Tracing and variable frame rate; Ray Tracing + Performance, which maintains the lighting improvements, but reduces the resolution to 1080p so that the game reaches 60FPS; and, finally, the Performance Mode, made for screens that support 120FPS. 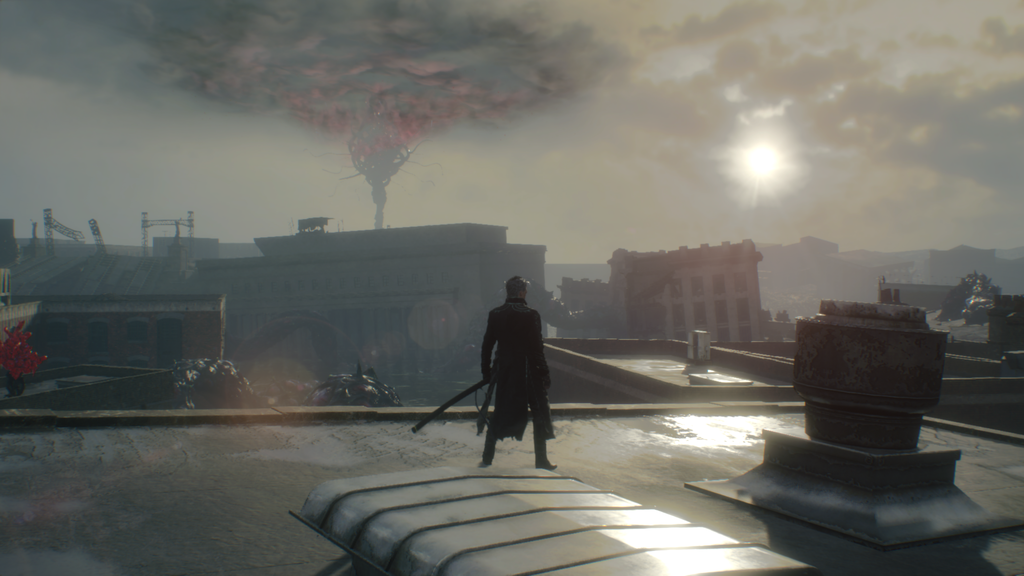 The game on the Xbox Series X surprises positively. Even with Ray Tracing turned on and 4K resolution, the game manages to stay at high frame rates most of the time, with very few drops. When using DMC 5 Special Edition on the Xbox Series S, even more surprises; in the most accessible video game from Microsoft, the game remains at 60FPS at all times, but with a resolution of 1440p. There is also the possibility to play it at 120FPS, if your screen allows it.

You can see from the images that the work done by Capcom in the look of this game is stunning, especially in the moments when we realize that there is the real action of Ray Tracing, with beams of light, puddles and mirrors. The contrast is also greatly improved, not only by the RT, but also by the Auto HDR present on Microsoft consoles. 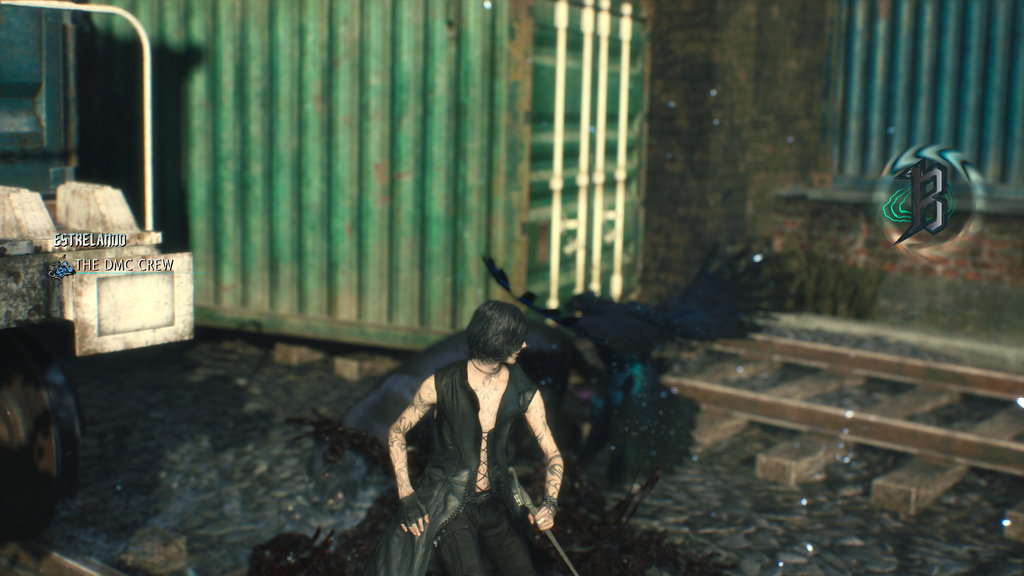 And for those who are fans of the franchise and want good fun here, no choking. Everything runs perfectly and the action is very dynamic, since, in addition to the high frame rates, the loading times are extremely fast, as you would expect for a game optimized for the new consoles.

As little as the content additions to Devil May Cry 5 Special Edition are few, you can’t say they’re boring – on the contrary. The fan of the franchise will not find new missions, but will be able to execute them with the most appealing character of the whole series: Vergil. Even without significant plot changes, going through the stages with him brings a new flavor to the game. 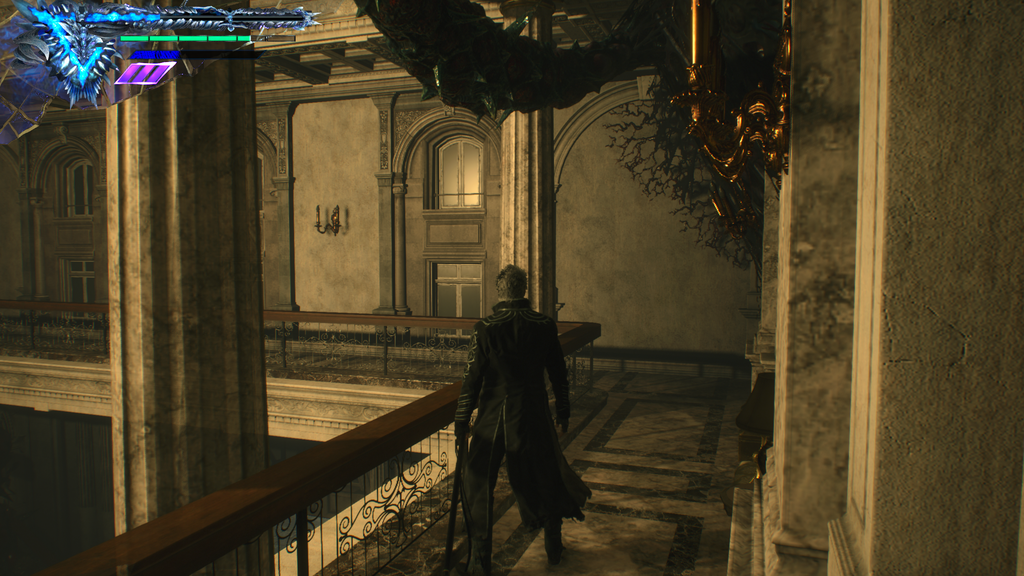 Facing the hordes of demons with Vergil requires a respectable learning curve, as the warrior is equipped with three very interesting and different types of weapons and special moves. Traditional blows are delivered with your sword, Yamato, and another melee weapon called Mirage Edge. If you don’t want to use weapons, you can hit them with punches and kicks using Beowulf gloves. Distance strikes, in turn, are performed with the Illusory Blades. 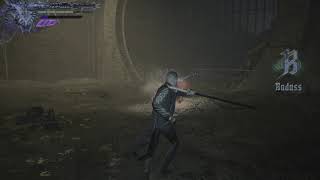 There are also the blows that make use of Demonic Power. In the case of Vergil, you can create a shadow that doubles your movements and also assume an evolved form of the warrior, which can be used in times of extreme danger. All of this, of course, making use of the PD Bar. In DMC 5 Special Edition, Vergil is also capable of executing “Mundo do V”, a devastating attack that reaches much of the screen.

All of Vergil’s weapons and talents, just as with the other characters, can be upgraded with the Red Orbs, which are harvested in the course of the adventure. Spend them wisely, especially if you are playing in higher difficulties, as they may be necessary, too, to revive you.

The big sin in Devil May Cry 5: Special Edition is the lack of more content or new missions. Capcom could have taken advantage of the cue with Vergil’s arrival to add a plot and specific missions for him. An example of how this sometimes seems strange, is when we use the Villain for phases designed for V, who notably does not have the same abilities as him. 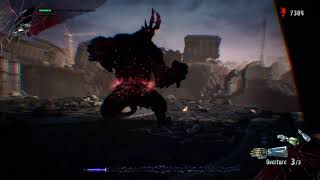 The game forces us to experiment with all the protagonists and using Vergil for all stages makes them easier, in certain moments, although it is possible to increase the level of the challenge to extreme difficulties, like the new Legendary Dark Knight mode, with that, in addition to being much more drawn, the game is full of enemies. On the one hand, it can help you with achievements and trophies, but it will be very stressful.

Devil May Cry 5 is an incredible game with almost no resistance from players and critics. Hours of fun are guaranteed and you really want to close it more and more often, exploring all its difficulties. But, for a launch that set out to inaugurate a new generation of consoles, Devil May Cry 5: Special Edition fails to bring more content, which would be very welcome.

Acting with Vergil is spectacular and the visual improvements are noticeable, but a mission-specific mode for the playable villain would come in handy. However, if you’ve never played DMC 5, start with your special version, especially if you have an Xbox Series X and S or PlayStation 5.