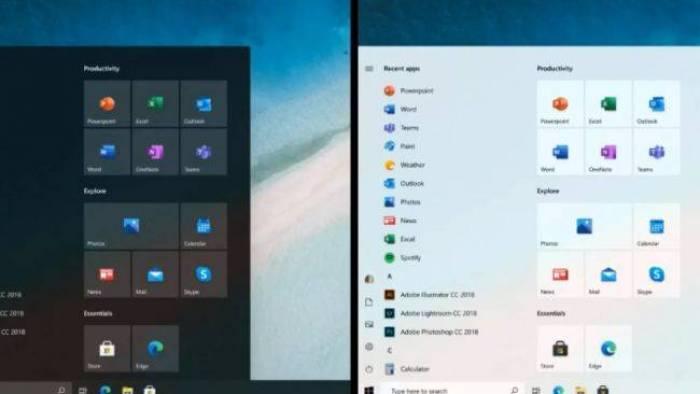 Telegram is seen by its fans as a more complete option than WhatsApp, and even has many functions “copied” by its competitor. But so far, the most famous messenger had a feature still missing from the rival: video calling.

Not anymore, as Telegram has just released video calls for Android phones. The function is planned for iOS, too, but it was for later – we explain the reason at the end of the article. For now, video calls are only allowed between two people, and the messenger said he works on the group call.

Just like WhatsApp, you can start a voice call and turn it into a video call (you can switch back to using your voice at any time). You can also activate the PiP feature, with a floating video call window to browse other apps while chatting with someone.

According to Telegram, all video calls are protected from end to end, and it is possible to confirm the connection by comparing four emojis displayed on the screen with the other side of the conversation. "If they are the same, your call is 100% secure by time-tested encryption and also used in Secret Telegram Chats and Voice Calls," says the tool.

How to make video call on Telegram

It is very simple to make a video call on Telegram, although not as easy as on WhatsApp, which already offers the option in the chat window. There are two ways to do this, at least.

Step 1: Open the chat window with the person you want to make a video call to. 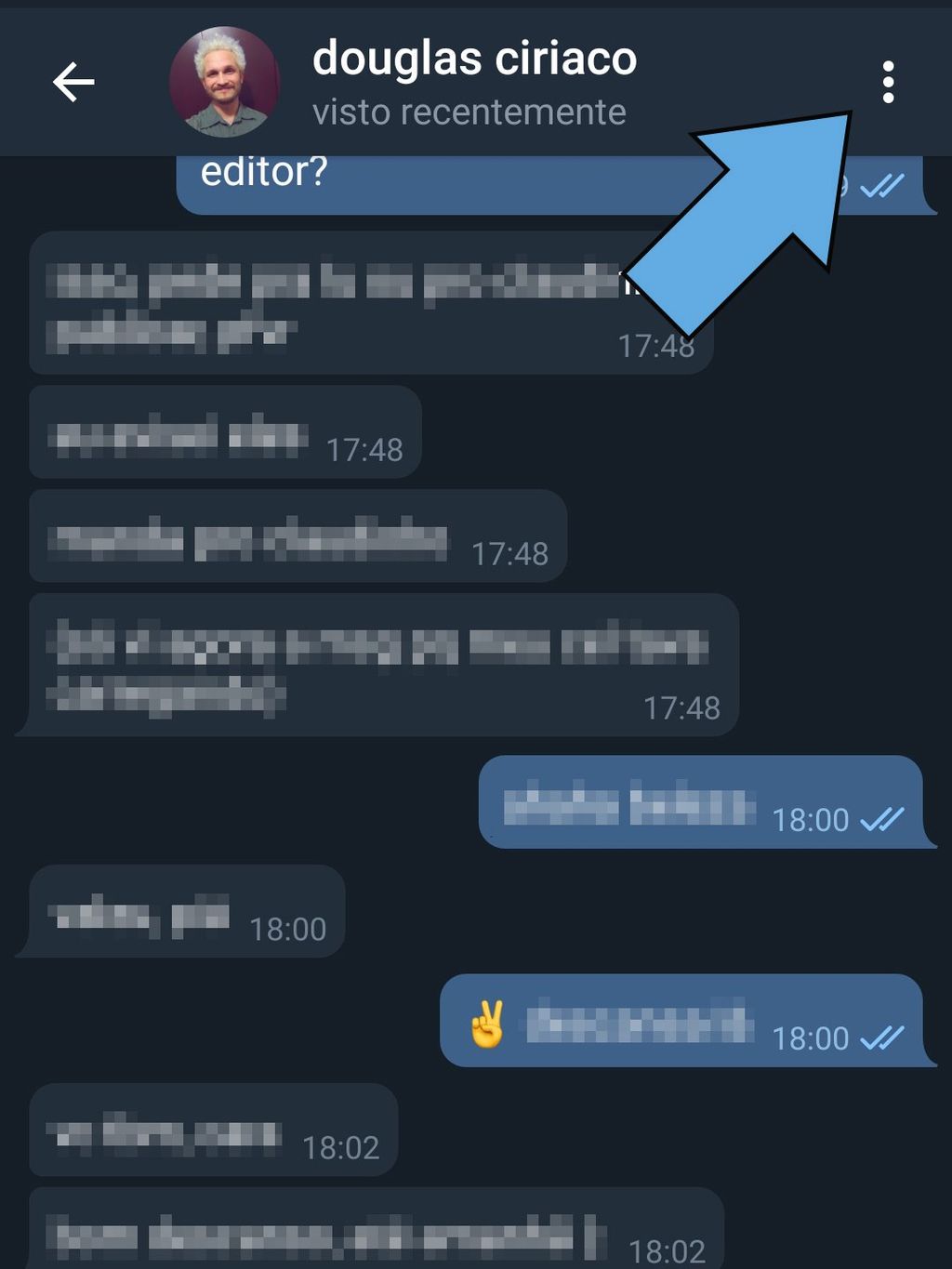 Just follow the arrow on the image to open the options menu (Image: Felipe Junqueira / Screenshot)

Step 2: Touch the icon with three dots vertically to see a menu of options and select "Video call". 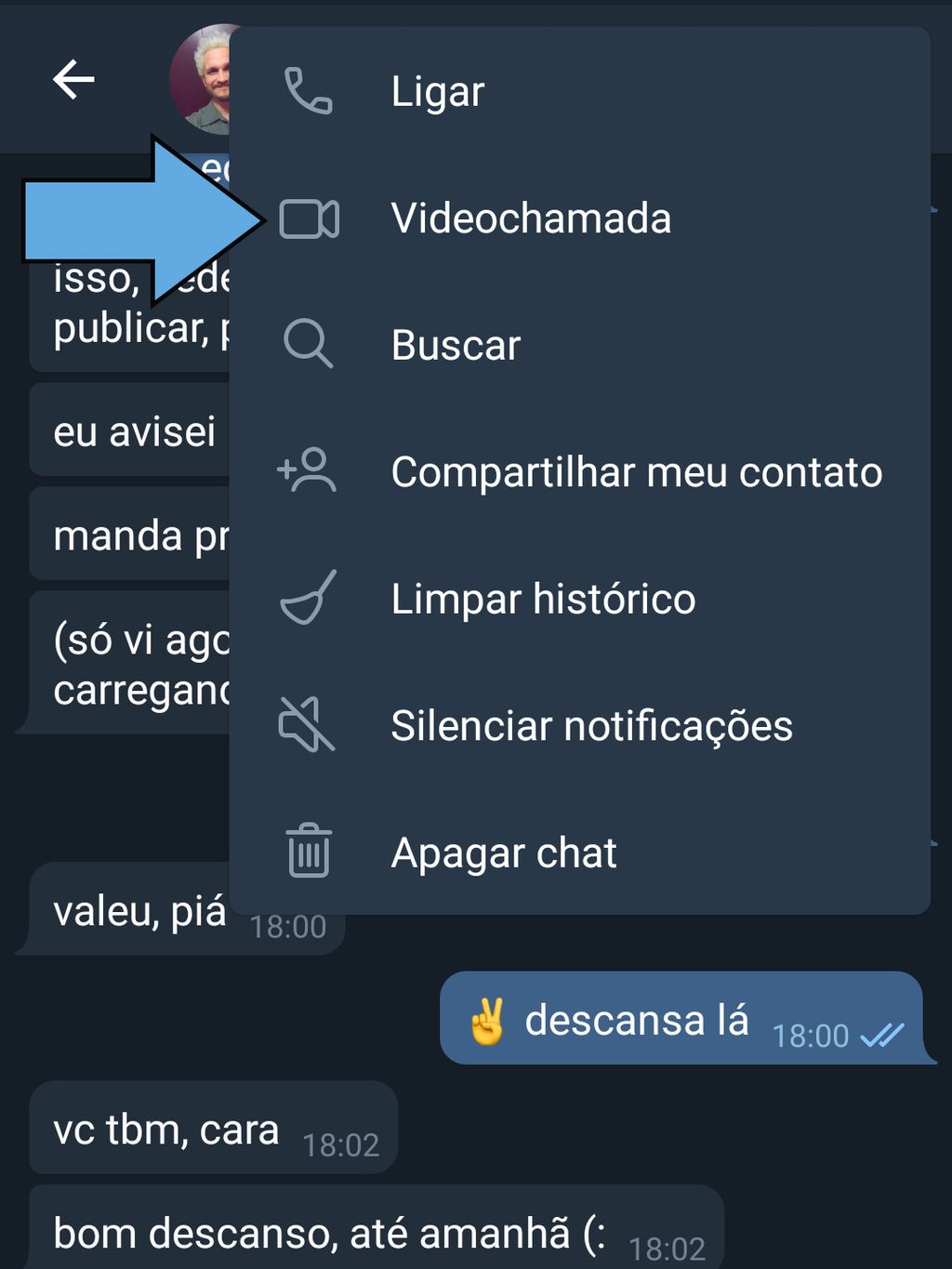 Another option is to enter the contact's “profile” page and click on the video icon at the top right of the screen.

Why did iOS stay out?

The feature was only released for Android for now for a delay in the App Store in authorizing the update of the application, according to Telegram himself. Apple does thorough checks on all new versions of apps and there was no time to launch the Telegram video calls on Friday (14), the date on which the messenger turns seven.

"We would like to apologize to all our users on iOS for launching this feature only on Android," says the post on the messenger blog. "Apple failed to revise this update in time, even though we sent it to the App Store several days before sending it to Google Play" explains the platform, which still pinned Apple:

If you're on iOS and want to test Telegram Video Calls, you'll have to wait until Apple allows you to do so – or switch to a platform that has more respect for its users and developers, such as Android. 😉

So, did you like the news on Telegram? Tell us in the comments! 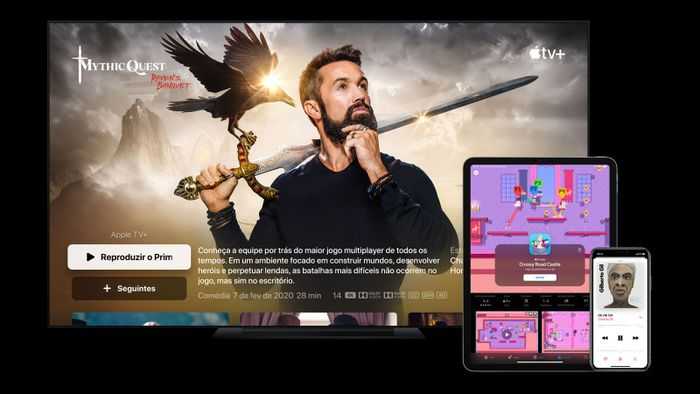