Who thought that, after the launch of Mi Box S and Mi Stick TV, Xiaomi had forgotten about Mi Box 3, the Chinese manufacturer is preparing a novelty. The device – also known only as Mi Box in the west – started to receive the update for Android 9 (Pie) on devices enabled to receive test versions of the system.

(OTA0 BETA0) Updates your system to Android 9. You can enjoy the Mi Remote app with this update.

The Mi Box that starts to receive the update is the model 3, with a curved finish at the top. Despite specifications similar to those of the Mi Box S (with flat cover), the updates are not compatible between models.

In the case of a beta version, it is worth the recommendation to wait for the official release. The beta of Android 9 for Mi Box S had some problems, which caused the test to be interrupted.

The Mi Box / Mi Box 3 was launched in 2016 and left the factory with Android Marshmallow (6.0), so the device “skipped” the Nougat version and has been running Android Oreo (8.0) since 2018. The Mi Box S launched in 2018 has similar specifications, with the same quad-core processor, 2 GB of RAM and 8 GB of storage space. The Mi Stick TV launched last month uses a less powerful quad-core processor, in addition to having 1 GB of RAM.

Control by the Mi Remote app listed in the system news comes as an option to the official Google app for Android TV, both available on the Play Store. And it doesn't hurt to dream: given the specifications similar to those of the Mi Box S, who knows more news will reach the Mi Box of 2016 along with the stable version of Android 9. 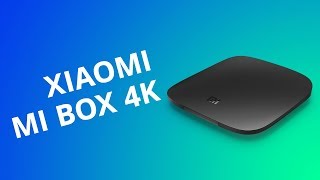