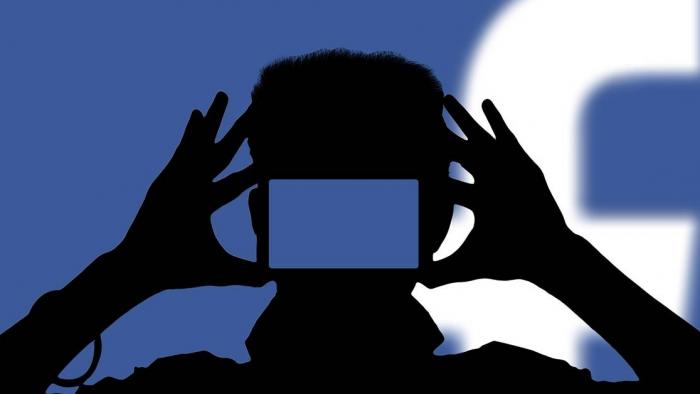 One positive thing about social networks is that they can give a voice to people who normally don't have much space to express themselves elsewhere. With that, while influencers and YouTubers share their lifestyle and generate content for users of these platforms, minorities embark on this same segment, with the aim of even generating identification and displaying details of their reality that are not always so clear. And it was with this in mind that FreeGameGuide started the Inspiradores series, speaking precisely of this area of ​​digital influencers. In this case, which is the last of the series, we talk about blind influencers. Check out the other episodes:

First we talked to Leon Grupenmacher, an ophthalmologist and professor at the School of Medicine of the Pontifical Catholic University of Paraná (PUCPR), who clarified the differences between visual impairment and blindness (yes! There is a difference). The expert explains that the deficiency is measured in percentage in relation to the ideal vision, whereas blindness exists when there is no correction of this deficiency. In other words, the deficiency can be totally or partially corrected, whereas blindness cannot be corrected.

Leon adds: "The most common blindness is that acquired by accident, either due to illness, the most common being diabetes. There is also birth blindness, the most common being caused by toxoplasmosis. Children who are born blind learn early on how to deal with it, learning to be independent, studying, playing sports etc ". And proof of this independence is precisely the increasing number of blind people as digital influencers. We interviewed two of them: Marcos Lima, from the Histórias de cego channel, and Ana Claudia Souto, from the Cegamente Incrível channel.

There is life after blindness. This is the phrase most used by the speaker Marcos Lima, who has the channel Histórias de cego since 2016. Currently, his channel has 178 thousand subscribers and more than 4 million views. "I became YouTuber as a continuity of my work. I have been speaking for many years, but in lectures I speak to a maximum of 50 people. When I make a video, I can speak to a lot of people. So much so that my channel has over four million views , which I wouldn't have in a lecture at all. So the channel ends up being used for that, to expand and show my work ", he explains. 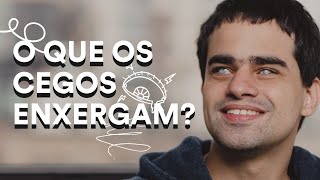 Marcos says that YouTube makes it much easier to be able to talk to people, since it addresses the positive aspects of people with disabilities. "People think that because you are blind, you are a sad person, always crying, looking for a cure all the time, and I think YouTube is a wonderful way for you to demystify all of that. So for me, the most important thing on the channel that's it, being able to demystify ", he reports.

However, the channel in question is not only focused on the public that is not blind, and also ends up generating identifications. "But of course, the channel does end up reaching blind people. I've already received comments, many of them, I've already met people. For example: a girl who was losing her sight and came to say that she was watching my channel and that she helped a lot, and my channel showed that there is life after blindness, which is a phrase that I say a lot on the channel ", he says. So I think that social networks and YouTube provide this a lot, that people can find some comfort for what they are looking for ", says the influencer.

Anyway, Marcos makes it clear that the main objective of the channel is to break prejudices. "The main objective is this, to show that we, blind people, are normal people, that disability does not define us as people. The channel serves this purpose, to show my life and how that a blind person may have several other interests that do not the disability. Of course there are prejudiced comments, there are haters, but it’s part of it. And actually I think this: if there was no prejudice, why would there be the channel? So honestly I think social networks have a lot of bad things but you you can also do many good things with them ".

The channel started in 2015, three years after Ana lost her sight, a situation she describes as a watershed in her life. Ana followed some music channels, then she discovered that the people who were singing there to publicize the work also recorded their daily lives. Always in love with photography and music, she decided to unite her passions without any pretense. "I had a purpose that was to show my family and friends that disability was just a detail. Losing my vision in 2012 was a game changer. I probably wouldn't be creating my videos today and reaching so many hearts if it hadn't happened. ", tells YouTuber, which has already accumulated more than one million views on its channel, whose hosted content already exceeds 300 videos.

"When I started on YouTube, I found few channels for the blind showing the routine. They were more videos just talked about technology. So, why not me? I took a chance. I first won over the people who see. Then I gained confidence among the blind. When they discovered that being YouTuber was possible, many got in touch ", says the influencer and YouTuber. Questioned before this audience, Ana says: "Today, there are hundreds of blind people showing their value. I am very proud of each one. Everyone who is on the platform today is worthy. Each one with his charisma".

Regarding people's feedback regarding its content, Ana says: "There is a video of me with almost a million views with the title 'how I was blind in 2 seconds'. This video was the leap for the growth of the channel. I received many comments saying that I was lying. Others said that it took me eight worlds to tell them that I lost my sight in two seconds. Come on joke. It comes from everything. I think it's funny. 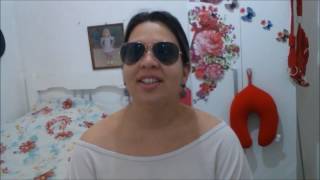 Ana also invests in a catchphrase: blindness is just a detail. "I never let who I am be reduced to just being blind. I am Ana who lost her sight, yes, but who does a thousand things: study, dance, sing, photograph, are married and, finally, are blind", explains. The influencer says that at a time without this access to YouTube, the information came very slowly not only for her, but that now blind people, in addition to their routine at home, bring information about education, culture, rights … " disclosure on social networks, this makes us even more existing in society ", he points out.

Questioned about the importance of breaking taboos and showing people that blindness is just a detail, Ana says that, in fact, it is a challenge. "There are many details that I still do not know, that I have not yet learned. However, showing who I am and how I live is liberating. Every night, I lay my head on the pillow and I can tell myself that it was rather tiring, but that I won another day. It is this experience, this feeling that I wish that all people, whatever their disability, can experience. The limitation is in our mind. So, feed it with possibilities ".

Ana concludes: "We all have a history of overcoming. It is important that we share to inspire others. There are millions of people who need to hear from you that there is hope, that it is possible to start over".

In addition to Marcos and Ana, there are several other blind influencers who also fulfill this role of generating identification and clearing people's doubts about what this reality is like. This is the case, for example, of Nathalia Santos, 24, from Rio de Janeiro, whose channel is called "How so blind?". The journalism student has already participated in some television programs and in 2016 was invited to pose with Naomi Campbell, in the anniversary editorial of Vogue magazine. On her Instagram, she has already accumulated more than 45 thousand followers, and her videos on YouTube gather more than 280 thousand views.

We are 1 billion people with disabilities in the world and around 46 million in Brazil. I keep asking myself: how can so many people with so much invisibility and ignored the way we are? Today; “World Day of People with Disabilities”, I would like to celebrate some advances, but I cannot fail to talk about the setback that will happen if PL 6159 passes, as it puts down all the rights we have with the quota law. Among so many absurdities, this proposal says, for example, that if a company does not comply with the quota law it can pay the equivalent of 2 minimum wages and that's great … The truth is, this year, many rights achieved with the LBI ( Brazilian inclusion law), are being pulled out slowly and in the dead of night. I would like to know what protection that Ms. Michele Bolsonaro said that we PCDs (people with disabilities) would have – in her first speech as first lady – that she even had a libras interpreter (Brazilian sign language). I don't know if it's because I'm blind and I don't see things happening or if it's not really happening, and even worse, what we already had is disappearing … where are we going to stop? . #PraCegoVer: Nat poses for the photo on Avenida Paulista. She smiles at the camera holding her cane, wearing a white, skinny dress – knee length, long sleeve.

YouTuber Vanessa Bruna also shares her day-to-day life on the video platform on her channel called Cego em Ação, with content aimed at both blind people and those who wish to understand a little more about their routine: "To know, to demystify , break barriers and relearn. This is the place. I learned a lot after I lost my sight ", says the channel description. 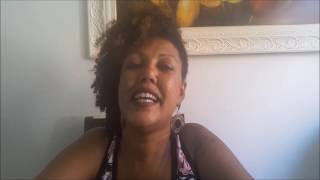